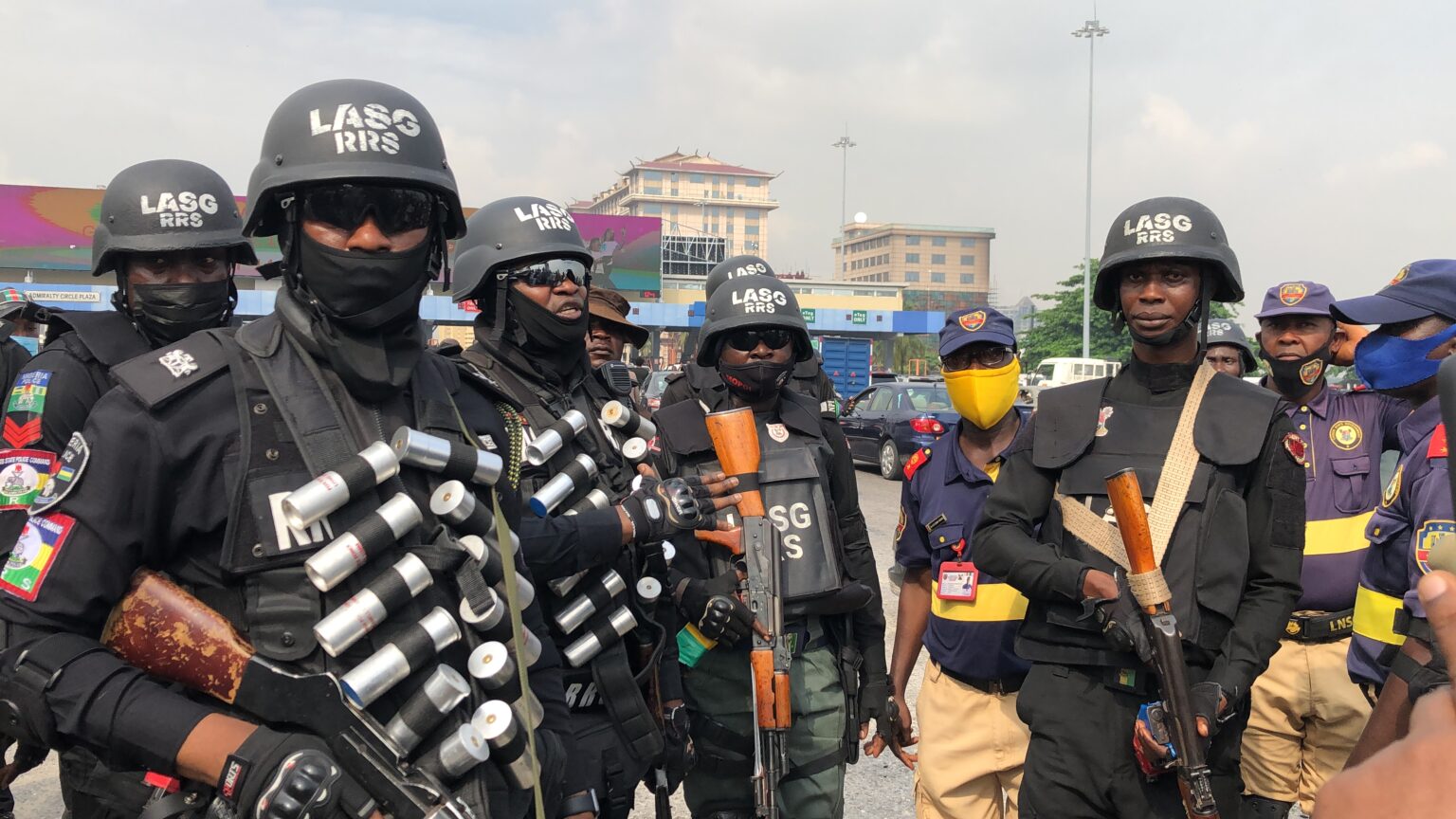 The Lagos state Rapid Response Squad (RRS) has announced the arrest of seven suspected traffic robbers in Lagos based on tips and complaints from civilians.

Three of the suspects identified as Anifowoshe Kolawole (20), Patrick Ameke (21) and John Britto (27) were arrested at Ikeja City Mall.

Four others, Segun Peters (22), Kabiru Odeh (25), Nurudeen Suraj (22) and Dennis Ikuvbogie (24), were arrested at Mile 2 Park with the help of members of the National Union of Road Transport Workers.

This was disclosed in a statement issued by the RRS and made available to newsmen.

The statement read in part, “The Commander, Rapid Response Squad (RRS), CSP Olayinka Egbeyemi, had on a tip off on the activities of traffic robbers in Mile 2 this afternoon deployed plain cloth police men in the area to monitor and arrest the suspects.

“The NURTW members had hounded down the four suspects before the officers got there. The suspects were thereafter handed over to the police team for investigation and prosecution.

“One of the suspects, Nurudeen Suraj, was a week ago arrested and detained at Agboju Police Station. He explained that he was released from prison two months ago.

“Those arrested in Ikeja were selectively picked up after a petition initiated by the management of Ikeja City Mall on reported incidences of traffic robbery in the area.

“The suspects, who were placed under close monitoring before their arrest this afternoon, on most occasion pretend to be beggars and nose mask vendors. They used the ploy to rob motorists and pedestrians visiting the complex.

“One of the suspects, Anifowsoshe Kolawole, who had been warned on many occasions by policemen pleaded for leniency.”

The Commissioner of Police, Abiodun Alabi, commended the civilians who provided the intelligence to the police as well as those who assisted the police in arresting the suspects, stressing that, “our communities would become safer if people co-operated with the police”.

Related Topics:LagosRRStraffic robbers
Up Next