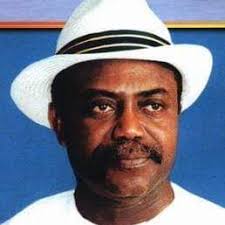 Dr. Odili told the court that his passport with numbers B50031305 was seized by the Nigeria Immigration Service(NIS) officials for unknown reasons shortly after he landed at the Nnamdi Azikiwe International Airport in Abuja from a medical checkup in London.

On Monday, Justice Inyang Ekwo ruled that there was no legal justification for the NIS’s action against the former governor.

Odili pleaded for the court’s intervention as he is a law-abiding senior citizen of Nigeria. He also prayed the court to order the two Respondents(NIS and its Comptroller General) in the matter to release his passport to him while he also sought an order of perpetual injunction to stop further harassing, embarrassing, intimidating or interfering with his fundamental right to freedom of movement by the respondents.

The former governor equally demanded a written apology from the Respondents for the embarrassment he suffered while the NIS insisted that its actions were a directive from the EFCC which had placed the former governor on its watch later.

Related Topics:EFCCNISPeter Odili
Up Next