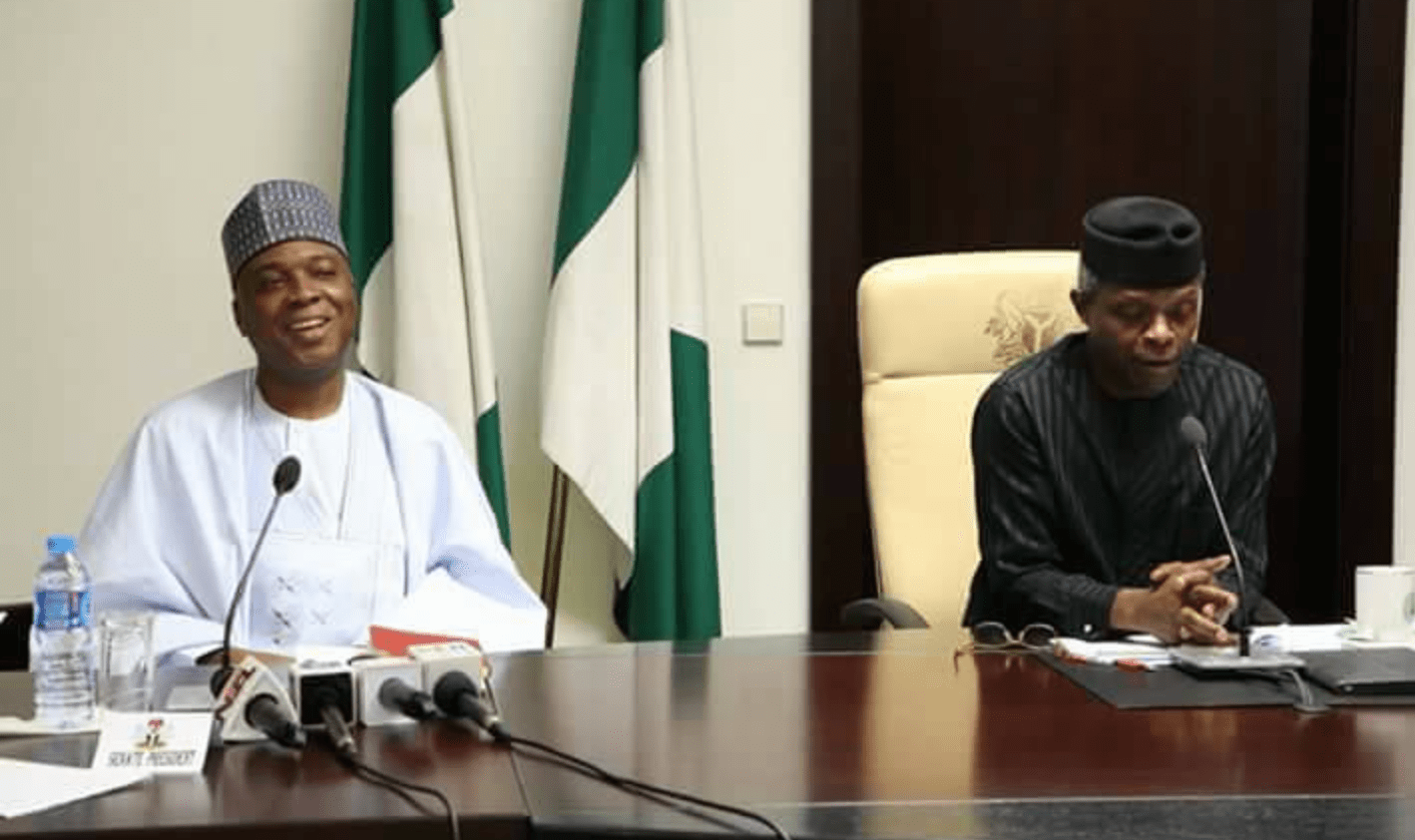 Nigeria’s Vice-President Yemi Osinbajo has thanked Bukola Saraki, senate president, for not taking advantage of a power vacuum, shortly before he and President Muhammadu Buhari were sworn in for another term.

NAN quoted Osinbajo as saying this while speaking at a dinner held in honour of him and Buhari at the Aso Rock villa on Wednesday.

The vice-president represented Buhari, who is billed to depart Abuja on Thursday for an Organisation of Islamic Cooperation (OIC) summit.

Osinbajo noted that their government’s first term ended at 12 midnight and till he and Buhari were sworn in, the country did not have a president and vice-president for those hours in between.

“Something interesting happened earlier today; I am a lawyer and a law teacher and I like to test and interrogate legal scenarios,” NAN quoted Osinbajo as saying.

“At one minute past midnight today, the four year term of the President and I ended by effluxion of time.

“So, from one minute past 12 of last night, May 29 to about 10:30 am when we were sworn in for a second term there was no President or Vice President.

“Interestingly nothing went wrong, all was okay; when such a situation arises, it is the Senate President who acts as President.

“So, when I arrived at Eagle Square this morning, some may have noticed that the Senate President and I were enjoying a joke.

“He said to me jokingly `you better be careful you know I am the acting President now’; so, we thank the Senate President for not doing anything funny.

“And so on behalf of the President, please accept our deepest gratitude for your support and presence here this evening.”

Also speaking, Boss Mustapha, secretary to the government of the federation (SGF), said the inauguration was the official commencement of a new mandate given to the president by Nigerians.

He said the new mandate was a reflection of the confidence Nigerians had in the administration.