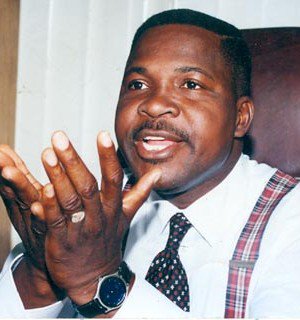 Human rights activist and lawyer, Mike Ozekhome has said the Acting President, Yemi Osinbajo risks impeachment over his retention of Ibrahim Magu as the Acting Chairman of the Economic and Financial Crimes Commission, EFCC.

Ozekhome explained that the continuous retention of Magu as the Chairman of EFCC was an impeachable offence which was provided for in the constitution.

In a statement he signed and issued on Tuesday, the constitutional lawyer said, “For the Acting President to continue to retain Magu in office as acting chairman amounts to “gross misconduct” as defined by Sections 143 of the 1999 Constitution.

“This is because a deliberate breach of the Constitution or violation of extant laws is an impeachable offence.

“The provisions of Section 2 (3) of the EFCC (Establishment) Act, 2004, are all too very clear and straightforward to admit of any ambiguity.

“It becomes patently illegal and unconstitutional for Magu to continue to be brazenly retained in office, in spite of the hallowed doctrine of separation of powers and of checks and balances provided for in sections 4,5,6 of the 1999 Constitution and as ably espoused by Baron Dr Montesqueu in 1748.

“Resolutions of the Senate, and indeed the NASS are weighty and have the force of law under sections 4,88 and 89 of the 1999.”

He noted that what the executive is simply saying is “to hell with the Senate; you don’t matter or count for anything.”

He added, “That is intolerable. A rejection of any presidential appointment by Senate is final and puts an end to the tenure or aspiration of such an appointee.

“There ceases to be any acting capacity. That has been the custom, convention and provision of Article 2 section 2 of the USA Constitution since 1789 when the first presidential refusal occurred.

“Our presidential Constitution and presidentialism are modelled after the US’s experience. Have u ever heard of “Acting Minister” or “Acting Ambassador” when Senate rejects nominees to those positions? Let us for God’s sake get things right.”

If you hate democracy, propose new system of government – Senator to Presidency