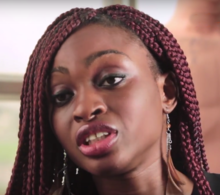 Olamide Orekunrin is a British–Nigerian medical doctor and Managing director of Flying Doctors Nigeria; a charity based in Lagos, Nigeria

Ola was born in London, England and grew up under the care of foster parents in Lowestoft. Her name “Ola” means “Wealth” in Yoruba. Ola graduated from Hull York Medical School at the age of 21, becoming one of the youngest medical doctors in the United Kingdom.

Orekunrin was motivated to start the charity after experiencing the loss of her sister under difficult circumstances and to improve medical services in the Nigeria Undaunted by difficult challenges, she successfully established Flying Doctors in Lagos, Nigeria in 2007 and she was then the CEO. Ola is a member of both the American Academy of Aesthetic Surgeons and the British Medical Association. She was listed among Young Global leaders by World Economic Forum in 2013. Orekunrin has lectured on entrepreneurship at Massachusetts Institute of Technology.

Flying Doctors have 20 aircraft and 44 doctors who can deliver care en route to one of Nigeria’s hospitals. The company hire out their services to major events in Nigeria as well as offering insurance to wealthy companies and families in the country. Orekunrin believes that improvements in her country’s position in the world will result from the action of entrepreneurs and not the government.

The Untold Story Of Andela