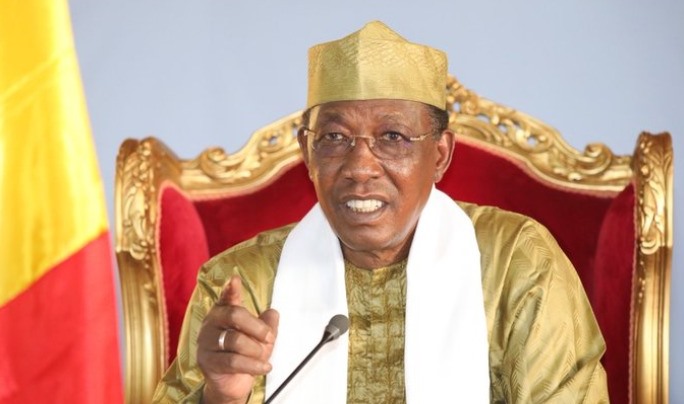 Newly re-elected President of Chad, Idriss Deby Itno, in power for three decades, died Tuesday of injuries while fighting rebels in the north of the Sahel country, the army announced on Tuesday.

Deby, 68, “has just breathed his last defending the sovereign nation on the battlefield” during the weekend, army spokesman General Azem Bermandoa Agouna disclosed in a statement read out on state TV.

General Mahamat Kaka, the son of the late Chadian leader, has been named interim head of the state, the army spokesman stated.

Deby, 68, had governed Chad with an iron fist for three decades, but was a vital supporter of the West’s anti-jihadist campaign in the troubled Sahel region.

On Monday, the military had claimed a “great victory” in its fight against the rebels from neighbouring Libya, stating that it had killed 300 battalions, with five soldiers lost in its own ranks during eight days of battle.

Deby would have been one of the longest-serving leaders in the world, after interim results showed him winning the April 11 election.

He was a son of herder from the Zaghawa ethnic group who took the definitive path to power via the army, and delighted in the military culture.

His most recent election victory with almost 80 per cent of the vote had never been in question, with a divided opposition, boycott calls, and a campaign in which protests were forbidden or scattered.

Deby had solicited votes on the assurance to bring peace and security to the region, but his promises were challenged by the rebel invasion.

The government had requested Monday to guarantee worried citizens that the attack was over.

Deby has been married several times and has at least a dozen children.