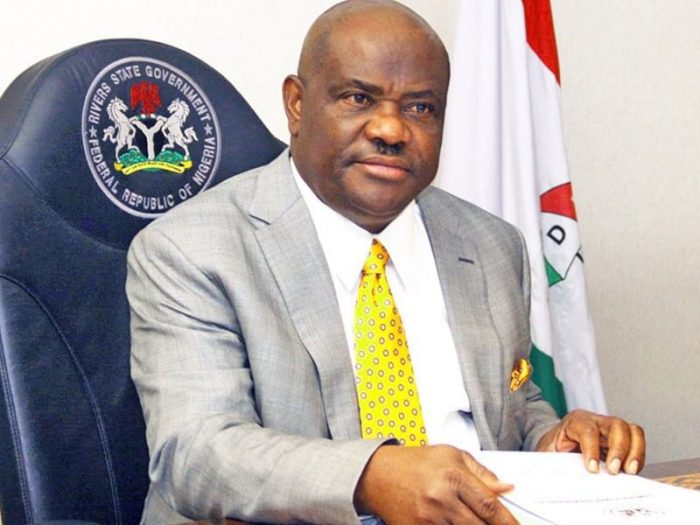 The Governor of Rivers State, Nyesom Wike, on Monday, appealed to the Federal Government to allow states to advance and operate their own minerals and pay royalty to the central government.

Wike disclosed this when the Minister of State for Mines and Steel Development, Uchechukwu Ogah, paid him a courtesy visit at the Government House in Port Harcourt.

He stated that the call had become relevant since the federal government, which one-sidedly controls the nation’s rich mineral provision has failed to transform the mineral wealth into complete economic growth.

The Governor declared that in order for the nation to profit from its huge mineral resources, the federal government should focus on formulating policies that will develop and control the mining sector to increase the social welfare of the people.

Wike appealed to the Minister to push for alterations that will allow states and local governments to assume command of the solid minerals mining in their areas and then pay tax to the federal government.

He said, “It is very important for people to know that part of the problem in this country is that everybody is depending on oil when we are also supposed to look at other minerals.

“Minerals play a great role in terms of raising revenue for any country, so our overemphasis on oil has reduced our impact on other minerals.

“If the country fully harnesses the gold deposit in Zamfara as well as other minerals in other states of the federation, the country will make a lot of revenue from these minerals that can accelerate development.”

The Governor lamented that in spite of the option of the Ajaokuta Steel Company project generating vast incomes for the nation and creating not less than 3,000 employments, the federal government, for political reasons, has neglected to realize the nation’s goal to turn into a key player in the worldwide steel industry.

Wike added that the Rivers State government is ready to work in partnership with the federal government to advance the mineral sector of the nation.

He urged the federal government to avoid “playing politics with issues of economic development” and endeavour to establish the standards of good governance in the nation.

Replying, Ogah told the Governor that he is in the state to share with him the vision and policy focus of the Federal Government for the growth of the country’s solid mineral resources.

The Minister said that his visit is to ask for the support and collaboration of the state government in guaranteeing the systematic and effective use of vast deposits of silica sand, glass sand and clay which are in the state for construction purposes and glass manufacture.

He said, “In addition, permit me to also remind you of the abundant sea salt yet to be exploited in Rivers as a state bordering the Atlantic Ocean, which might also be an interesting area for collaborative development.”

Ogah lauded the Governor for the incomparable achievements his government has recorded in corresponding activities with mission statements of realising the desires of the good people of Rivers State for stable growth and improved quality of life for the present and future generations through receptive governance directed by the fear of God.

He said, “Your administration has accomplished its mission as seen in the massive infrastructures, cultural integration, provision of essential social amenities and many other legacy projects for the prosperity of Rivers State people and Nigerians living and doing businesses in the State.”