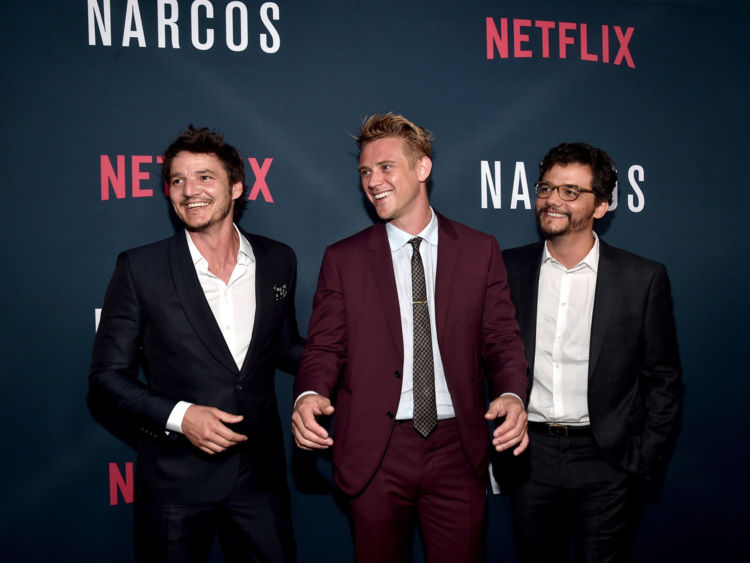 Carlos Munoz Portal was killed on Monday while scouting for drug cartel locations for the series-Narcos, in a remote area in central Mexico.
He was found dead in his car with multiple bullet wounds.

Netflix’s Narcos – based on the life of drug kingpin Pablo Escobar – he had also worked on Oscar-nominated drugs thriller Sicario, Fast & Furious, Apocalypto and Bond movie Spectre are also on his CV, according to the Internet Movie Database.

The film-maker’s friend told Spanish newspaper El Pais that Mr Portal had gone out in his car to take photos for location ideas.
Narcos has been a big success for streaming service Netflix
Netflix said in a statement: “We are aware of the passing of Carlos Munoz Portal, a well-respected location scout, and send our condolences to his family.”

“The facts surrounding his death are still unknown as authorities continue to investigate,” the company added.

The fourth season of Narcos – originally produced by the video streaming service to appeal to the Latin American marker – is expected to take place in Mexico.

There were 2,186 murders in the country in May – a new high since records began 20 years ago.

Much of the violence is attributed to Mexico’s rival drug cartels, who wield enormous power and often make the headlines for their bloodthirsty mass killings.

How To Break The Silence In Your Marriage