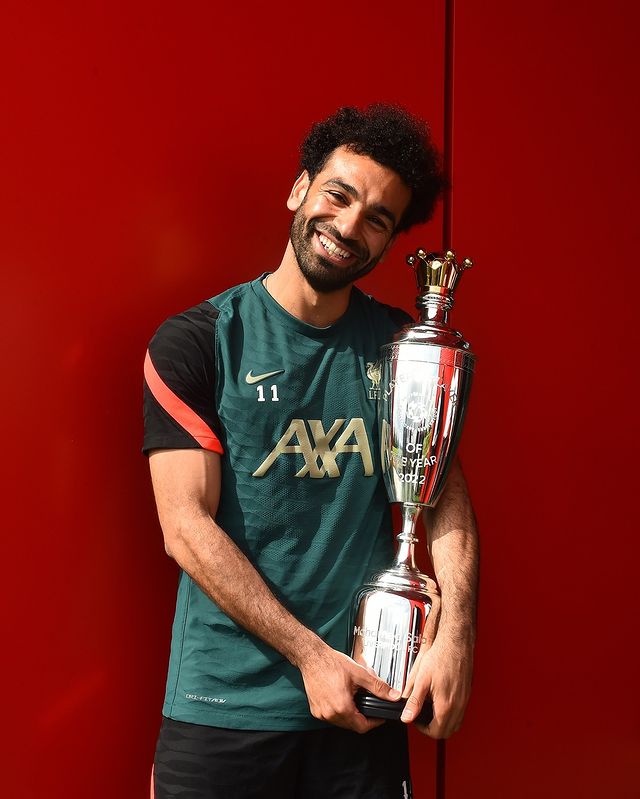 Mohamed Salah with thePFA Player of the Year award

A King at what he does.

He is known as the Egyptian King. He is loved by the Anfield faithful, and he sees in himself the best in the World. The World knows him as Mohamed Salah.

Liverpool’s Mohamed Salah has just been announced as the PFA Player of the Year, winning the award ahead of the likes of Kevin De Bruyne, Thiago Alcantara, Jao Cancelo for his performances in the recently concluded season.

The Egyptian will be claiming the award for a second time in his Liverpool career after winning it in his first season, the 2017/18 season that saw him score 44 goals in total in his debut season.

The former Chelsea player adds the PFA award to a number of personal accolades this season, after winning the EPL golden boot, playmaker award and the Football Writers Award.

The season may have been underwhelming for the Liverpool team, it wasn’t for Mohamed Salah on a personal level.

Responding to it on his social media handles, the forward wrote:

“There is no greater honor than winning an award that my colleagues voted on. I am grateful to you all.”