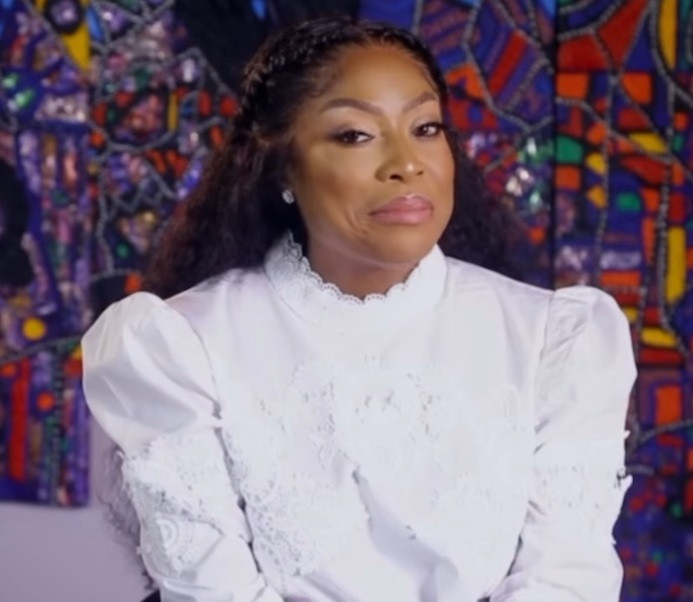 Mo Abudu, CEO of EbonyLife Media, has reacted to allegations of copyright infringement made by journalist Tobore Ovuorie.

Tobore had alleged that the movie Òlòturé, an EbonyLife film production, was based on an undercover report she did for Premium Times, where she went undercover as a sex worker to expose the human trafficking mafia.

The article titled “Inside Nigeria’s ruthless human trafficking mafia” was published on August 12, 2014 by the Premium Times, her employer at the time.

The movie Òlòturé is the story of a young, naïve Nigerian journalist who goes undercover to expose the shady underworld of human trafficking.

After Òlòturé was released, Tobore accused Mo Abudu and EbonyLife films of stealing her life’s story and making it into a movie.

Mo Abudu began: “Premium Times services Limited, publisher of Premium Times, has disclosed that journalist Tobore Ovure cannot lay claim to the copyright over the investigative report which belongs to them.”

She continued, “We sought and obtained the rights from Premium Times, the owners of the story. As such, we fulfilled our legal obligations and do not take kindly to suggestions stating otherwise.”

Ms Abudu added that asides the legal obligations, she reached out to Tobore to fulfill all moral obligations too.

She said, “In May 2019, 20 months before the launch of Òlòturé on Netflix, we reached out to Tobore to acknowledge her journalistic achievements, to commend, recognize and encourage her in her ongoing campaign against sex trafficking and that of her NGO.

“We granted Tobore a private screening of the movie, gave her a special mention in the end credit of Òlòturé and I interveiwed her on Moments With Mo.

“In addition, we wrote to her and offered her 5 percent of the proceeds from our planned cinema run to go towards her NGO, which she acknowledged.

“We also reached out to other NGOs to pledge proceeds from our cinema runs as Òlòturé was never created as a commercial film.”

Mo Abudu explained that due to the Covid-19 pandemic, the cinema release of Òlòturé never happened so they partnered with Netflix to release the film in October 2020.

She continued: “Only a day after our release on Netflix, I got a phone call from a reporter Kiki Mordi who said she had been in touch with Tobore.”

Ms Abudu said Kiki Mordi asked questions about the similarities between Òlòturé and the investigative report done by Tobore and published on Premium Times in 2014.

“We decided to respond, even though we didn’t have to,” Mo said.

She continued: “Within a few days of this, Tobore went to social media making accusations, then she wrote to Netflix, making demands, then she launched an attack against Kenneth Gyang (director of Òlòturé).

“I feel particularly bad for Kenneth because he had never seen the script until we approached him to direct the film.

“He’s such a passionate filmmaker but it’s hard to deal with daily and weekly harassment from Tobore.”

A month after the release of Òlòturé, Ms Abudu said they got a letter from Tobore’s lawyer accusing them of copyright infringement and demanding “$5 million in compensation”.

EbonyLife Media’s lawyers started meeting with Tobore’s lawyers but that was stalled because the journalist’s lawyers disengaged from her.

Ms Abudu stated that recently, Tobore stated engaging her producers by WhatsApp messages and this is where she drew the line.

“To me, Tobore’s demands have become threatening, blackmailing, and extortionate in nature and I do not respond to such methods.

“At this point, we thought if she felt she had a legal case, it could be better dealt with through the proper legal channels.”

She continued: “Prior to the release of the film on Netflix, I had a good relationship with Tobore.”

She disclosed some of the things she had done for Tobore, including giving her cash gifts when her father died. She added that Tobore also sent her texts, including on her birthday.

But problem started when the movie didn’t show in cinemas anymore due to Covid restrictions and was only available on Netflix.

Mo’s message to Tobore a day before the release on Netflix read: “Hi dear, it’s strictly on just Netflix. No cinema due to Covid. I promised you a cash gift towards your foundation and I will still make it happen even though we did not have a cinema release. Get everyone to watch on Netflix.”

But a day after the launch on Netflix, she said she couldn’t reach Tobore and she sent a message to Tobore.

“Everything changed after the growing popularity of the film on Netflix.

“I have said this time and time again, but let me state it again for the record. Òlòturé is a story inspired by true events involving the work of script writers, the development of characters, location, situations and occurrences that were created by our writers.”

Mo Abudu went on to detail differences in the movie Òlòturé and Tobore’s investigative report; scenes and characters added by her script writers that didn’t exist in Tobore’s report.

“However, Òlòturé could never be Tobore’s life story as she has claimed.

“Please let’s educate ourselves on how the movie industry works and how stories are developed and what inspires them.”

She explained that the story is not unique to Tobore, but is the story of many Nigerian women who are victims of sex trafficking. The media entrepreneur insisted that Tobore was not exploited in anyway and all obligations were fulfilled before the making of the movie.

She said: “If there is one thing that I stand for, it is integrity. It’s about working hard and always standing up for what I believe in. My entire team know me, many of you out there know me. We do what we do because we love what we do.

“We have not exploited Tobore or anyone else and we will not be exploited by anyone. The facts are clear, we have everything in writing and we are prepared to defend ourselves against baseless attacks and legal challenges. We will not be intimidated because of the imagined financial success of this film Òlòturé.”

Listen to Mo Abudu’s response in the video below.

Tobore Ovuorie is a senior investigative journalist with the Premium Times in Nigeria. She has won Wole Soyinka awards for her investigative exposes in 2012 and 2013.