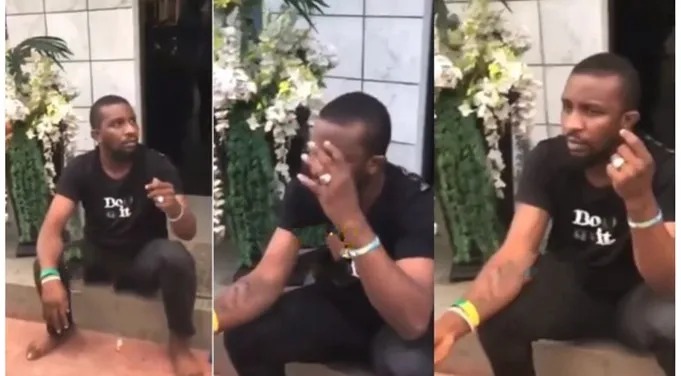 A supposed Benin Big Boy was caught trying to flee after lodging two ladies in a hotel without settling the bills.

In a video gaining reactions, An Edo-based Big Boy was subjected to humiliation after he tried to abscond from a hotel without paying the bills.

TopNaija understands that he lodged into a hotel in Benin city with two girls and paraded himself as a lavish spender.

It was said that he ordered items worth N85k from the hotel refreshment section, but he was hesitant to pay.

The young man reportedly tried jumping over the hotel’s fence but he was caught by the security guard.

A video making the rounds online captures him looking embarrassed and mocked by people for acting with criminal intent while looking innocent.

An eyewitness said; ”It happened live in a hotel in Benin city, Edo State. This guy carried two girls to lodge in the hotel, bought items worth N85k and didn’t have money to pay. He tried running away by jumping away from the fence but was caught by the security guard. Na by force to do big boy? “

Fear of Incarceration: Lawan, CoS to President, Tinubu in last minute fight to save Senator Albert