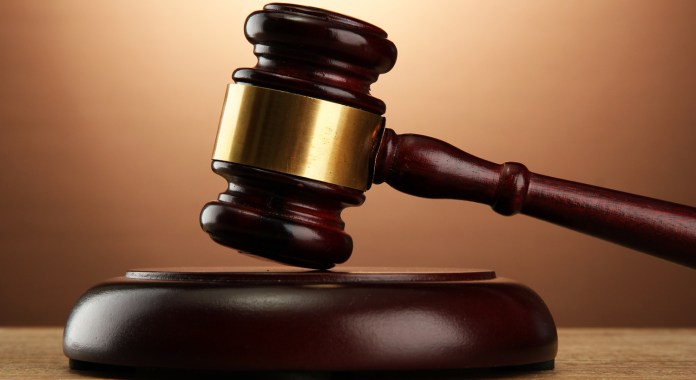 • Strikes out charge against Justice Nganjiwa
• Commission to appeal, says judgment is ‘ridiculous’
• FG explains why owners of recovered assets have not been charged

In a landmark ruling, the Court of Appeal in Lagos Monday held that the Economic and Financial Crimes Commission (EFCC) does not have the powers to investigate or prosecute a serving judicial officer and struck out the criminal charges filed by the commission against a serving judge of the Federal High Court, Justice Hyeladzira Nganjiwa.

Delivering judgment on the appeal filed by the judge, the appellate court held that the EFCC could only investigate or prosecute a judicial officer when such officer has been dismissed or retired by the National Judicial Council (NJC).

Should the EFCC appeal Monday’s ruling at the Supreme Court and it is upheld, the ruling by the Court of Appeal will have far-reaching implications for the war against corruption and would mean that all the alleged corruption cases instituted by the EFCC or any other law enforcement agency of government against other judges will collapse.

The EFCC had arraigned Justice Nganjiwa before a Lagos State High Court for allegedly receiving a total of $260,000 and N8.65 million gratification to enrich himself as a public official.
The anti-graft agency claimed that the judge received the money through his bank account between 2013 and 2015.

The EFCC claimed that the judge could not explain the source of the funds, adding that he acted contrary to Section 82(a) of the Criminal Law of Lagos State, No. 11, 2011.
Justice Nganjiwa was also accused of giving false information to operatives of the EFCC, which the prosecution said amounted to an offence under Section 39(2) of the EFCC (Establishment) Act, 2014.
The trial of the judge had commenced before the Lagos State High Court in Igbosere.

However, following an appeal by his lawyer, Chief Robert Clark (SAN), the Court of Appeal which anchored its decision on the principle of separation of powers between the three arms of government, ruled that serving judicial officers could only be prosecuted for offences like murder and stealing if such offences were committed outside the discharge of their official duties.

Justice Obaseki Adejumo who delivered the lead judgment, said once the offence was allegedly committed in the discharge of their duties, they must first be tried by the NJC and dismissed or retired before the EFCC can investigate or prosecute them.

He held that the condition precedent to the filing of charge number: LD/4769/2017 had not been fulfilled.
The appellate court judge further held that the NJC must first strip or remove the appellant (judicial officer) of his judicial standing before he could be charged with such alleged offence allegedly committed in the course of discharge of his duties.

He, therefore, submitted that the High Court of Lagos State lacked the jurisdiction to hear and determine the charge against the serving judicial officer.
The Appeal Court accordingly set aside the trial of Justice Akinbode of the Lagos High Court and upheld the preliminary objection by the appellant in the court below.

But in a swift reaction, the EFCC said Monday that it would appeal against the ruling of the Lagos Division of the Court of Appeal.

In a statement signed Monday night by the EFCC spokesman, Wilson Uwujiaren, the commission said it considered the ruling a dangerous precedent that has no basis in law, adding that it was confident that the Supreme Court will upturn the judgment.

“Criminal trials take precedence over administrative procedures and it is strange that the Court of Appeal wants to put the cart before the horse. This is ridiculous!
“The appellate court simply wants to confer immunity on public officers from prosecution for corruption, it will not stand,” the EFCC added.

In a related development, the federal government Monday provided reasons why it had not filed charges against individuals from whom it had recovered purportedly stolen assets and money, saying it was based on the “strategic advice” it got from independent sources, anti-corruption committees and special panels it had set up for the recovery of the assets.

It made the clarification at the celebration of the 2017 International Anti-corruption Day organised by the Inter-agency Task Team (IATT) in Abuja, saying that while it campaigned in the 2015 elections to take on corruption and rout it out of the country, it had initiated processes to achieve this and was making progress, but requires the support of all Nigerians to continue the anti-corruption war.

Speaking at the event, Vice-President Yemi Osinbajo stated that within its plan to nip corruption in the bud, the government has been able to weed out 50,000 ghost workers from its payroll in the last two years, while the EFCC has charged 17 suspects to court for allegedly including ghost workers on the government’s payroll.

Represented by his Special Adviser on the Rule of Law, Mr. Akingbolahan Adeniran, the vice-president explained that assets were recovered from people he claimed stole from the government during Goodluck Jonathan administration, but they had not been charged to court because it has been advised against it.
“The administration has relied a lot on strategic advice, looking at the fight against corruption from a broad perspective, and basically relying on independent advice in order to move forward in fighting corruption.

“It is focused a lot on prevention, and this is one aspect that a lot of people do not talk about so much. Then enforcement, this is the key aspect of the fight against corruption, there has to be accountability for those who basically violate the law.

The vice-president further stated that the government had after the sack of the former Secretary to the Government of the Federation (SGF), Mr. Babachir Lawal, who was indicted for alleged corruption, referred him to law enforcement agencies in the country for further prosecution.

Insisting that it had made tremendous progress in its anti-corruption war, Osinbajo stated that international agencies and countries had in the last two years shown a greater interest in helping Nigeria fight corruption and recover most of its monies that were allegedly stolen and kept in foreign accounts by past government officials.
Also speaking at the event, the Minister of Solid Minerals Development, Dr. Kayode Fayemi, who doubles as the chairman of IATT, stated that the government would continue to make it increasingly difficult for corrupt practices to thrive in all its businesses.

Fayemi equally called on countries where financially corrupt Nigerians had stashed the monies they stole from the government to complement Nigeria’s efforts by depriving them of safe havens for their stolen wealth.
He said: “We acknowledge the fact that we have huge corruption problems. We are also not relenting in our efforts to deal with the issues. We continue to see a quickening of efforts in enforcement and sanctions as well as innovative methods to prevent corruption.

“However, there is still a lot to be done. For us to succeed in this fight, we must say no to impunity and eliminate the syndrome of sacred cows.
“Our emphasis must be on tackling corruption from the root and closing the doors to illicit activities before they happen. This will preserve the integrity of our systems and save us valuable resources for sustainable development.

“To demonstrate commitment as a people, there must be leadership by example. The highly placed must show example of following due process and avoiding impunity.
“This will speak louder than all the words and public enlightenment campaigns. Our international friends must stop to offer safe havens to illicit financial proceeds, and once they do, they must work with us to recover them,” he stated.