Lady Gaga, Jennifer Lopez to perform at inauguration of Biden and Harris
Advertisement 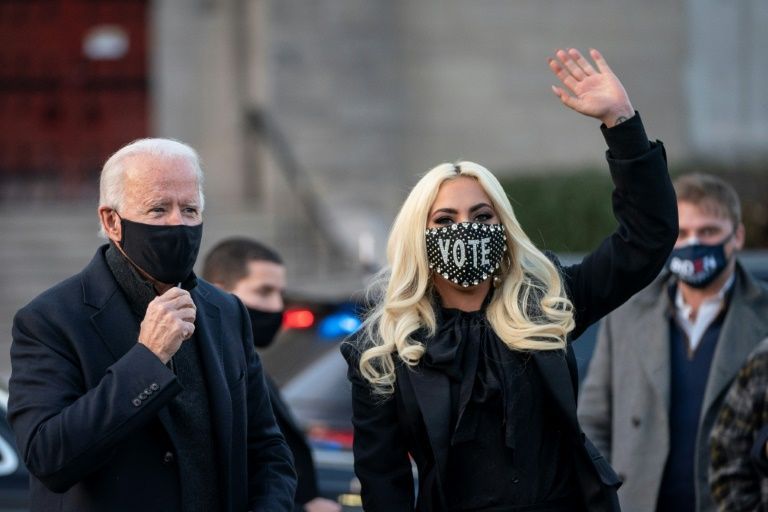 Stefani Joanne Angelina Germanotta, known professionally as Lady Gaga and star songress Jennifer Lopez will be performing at the swearing-in for US President-elect Biden and Vice President-elect Kamala Harris on January 20, the Presidential Inaugural Committee has announced.

Gaga, 34, will perform the national anthem, The Star-Spangled Banner, which will be held on the West Front of the U.S. Capitol building. On The Floor singer Jennifer, 51, who endorsed Biden, and took part in a virtual chat with the president-elect during the campaign, is also on-board to give a musical performance at the event.

The ceremony will begin with an invocation from Father Leo J. O’Donovan, a longtime friend of Biden and his family, before a poetry reading by Amanda Gorman, who was named the first-ever National Youth Poet Laureate in the U.S. in 2017.

Biden’s inauguration will also feature a tie to the International Association of Firefighters (IAFF), a union that has long supported Biden, and was the first to endorse him in the 2020 race.

“They are also committed to the President-elect and the Vice-President-elect’s steadfast vision of a new chapter in our American story in which we are an America united in overcoming the deep divisions and challenges facing our people, unifying the country, and restoring the soul of our nation.”

Related Topics:BidenInaugurationLady Gaga
Up Next