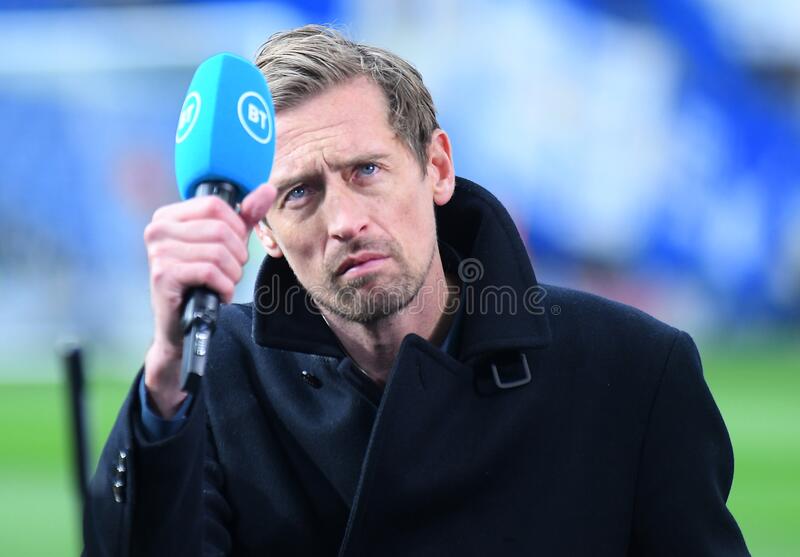 But for Former Liverpool striker, Peter Crouch, he remains the realist as he forcibly has to admit that the Premier League title is now in Manchester City’s favor as it falls out of Liverpool’s grasp after their 1-1 draw with Tottenham Hotspur on Saturday.

Crouch said he doesn’t see in any world where Manchester City would loose any of their remaining games to gift Liverpool an edge or a glimmer of hope as things stand. And noting the Reds’ rival have been in such positions before, he sees the dropped points as a form of motivation for the Cityzens after their drastic fall at the hands of Madrid in the Champions League semi final.

Crouch when asked of Liverpool’s title chances in the post match game analysis, the pundit told BT Sport: “I would have to say yes. The standards these two clubs have set, they don’t lose many, they don’t draw many, you would expect City to go on and win every game now. We said before the game this could be the potential banana skin because Tottenham defensively had bodies behind there. What Tottenham have got, lots of teams have not got, is three players up front that can hurt any team and they proved it tonight.”

That said, a number of Liverpool supporters or pundits alike still believe there could be a potential for a shock or two down the line as the season draws to a close.

Actress Nse Ikpe-Etim opens up on being ‘barren’