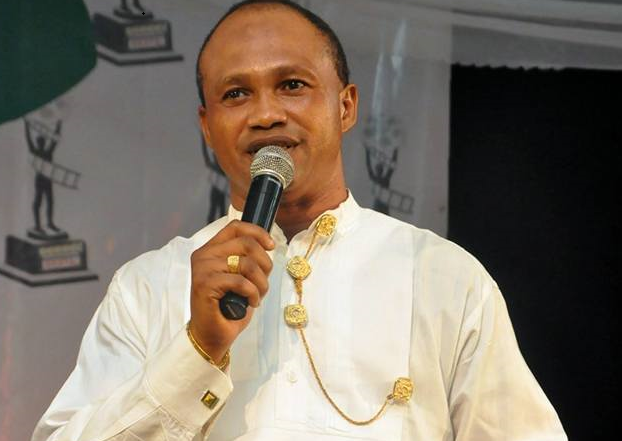 A number of Nollywood actors who have been on the scene for decades often express displeasure at the quality of content being churned out from the industry, save for a few good productions.

Paul Obazele, an actor who has explored many facets of the film/television industry, is one of such persons who have reservations about the direction of the Nigerian film industry.

In this chat with TheCable, the veteran speaks on the anomalies in Nollywood, the conscious withdrawal of old faces and the Africa Movie Academy Awards.

What is your opinion of AMAA after several years of trying to integrate African film industries?

The typical Nigerian is that one that is very selfless, so it does not really matter if it is good for that Nigerian. He is more comfortable if it is well for you. So you now see that role that AMAA has played. If you look at almost every picture you see on television today or in our different TV stations, different African settings, you see a typical Nigerian shoot. AMAA is beginning to create self-awareness, jobs for people, they have been able to unite people in a different… diverse cultural setting.

AMAA is making most presidents in different countries get conscious of what their cultures are, their language is, and the potentials of the film industry, the potential of the country.

AMAA has been criticised for not evolving with the times. What do you think it can do better?

It is not possible to please everybody; everybody has their own different mindset. Everyone takes their own pace, even when Christ came on earth, as perfect as he is, did not please the world.

I would personally tell Peace [Anyam-Osigwe] well done. Personally, I will tell her, take your pace, Do what you think is the best, and leave the rest to God. It is not possible for you to please people, it is not.

Nowadays, you feature in just a few movies. Why?

Over the years, this is going 32 years on the screen, I’ve been celebrated heavily for long and all of a sudden you find out that you have a followership that is massive and the moment you do anything, it becomes an authority speaking. And I have come to that stage in my life where if there is no moral balance, I won’t be involved in a project. I have my own tradition and the white man has his own, why should I do his own?

I have a project I am doing, and like I said, I choose the scripts carefully and there must be a benchmark. Nigeria is not a pornographic nation, so why should I get into that? Why would I say I love a woman, I respect a woman, and bring her out on television and treat her as a b***h… Pardon my language. Then it means I have a double personality.

So you can only do projects that go in line with your values?

That tell conscious stories and are in line with the moral values of Nigeria. What is affecting us today is that we have what we call a cultural dislocation; we are neither here nor there, and it becomes a dangerous potpourri.

What are the projects you are working on?

There is a project I’m working on about the Niger Delta region and we also did one on human trafficking, and I told them I will do it because that is what is happening in our society. People strive to travel abroad because they feel there is a greener pasture out there.

When they brought the script, they said sex is going to be involved, I said my character would not play sex, because I know the stories and how it is told. We don’t need to sell out movies because of sex.

What do you think is behind the rate of mediocre productions in the industry?

Because most of the people coming into Nollywood are not willing to get training from the professionals. I have people from UNILAG, YABATECH, LASPOTECH doing their IT in my office.

I get into a set, for example, and when I see young actors and directors, naturally, I get scared. When I read the script, I’m always honest with them. I could take the money and go away but I don’t do that. Have you noticed that because of them, we do not have investors again? Nollywood is dying. Let’s not lie.

But from the outside, it appears to be doing good.

How much do they make from the cinemas? I can tell you how much we made when I was president of AMP, when it was only Silverbird Cinemas. Even the BoI funding is going down. Frank Rajah, a young man, started from my office, did a great job. A situation where a greenhorn comes in and does not know what they are doing is bad. I’m not killing them but they can do better. They should learn from the old ones. Go back, three-five years ago, you will notice that most old ones pulled back.

So how do we get everybody – old and new Nollywood – on the same page?

We can get everybody on the scene if the press is ready for us.

What is the press going to do?

Press carrying the actual stories, review these people. Destroy the mediocre’s work. Why do I say so? Now, look at this situation now, in Asaba, where a girl comes to pay a director money to act. Absurd right? It is annoying. They bring in a superstar and they think it’s by sleeping with the superstar on set that makes a film. I see it as an avenue of advertising prostitution.

So you’re saying they use the screen as a disguise to achieve their main objective?

Yes, that is just it. Bring them to an audition, they will fail it. Tade Ogidan is doing an audition. Emem just finished an audition, a massive one. I called her and said, send me a script, she said okay I am working on it. She’s here, ask her.

There was no exception, and everybody read through it. The fact that you did not fit into this script does not mean that you will not fit into any other script, so they pencil it down, but because people do not want to wait for an appropriate second time, they go and circumvent the process/journey it takes to be a star.

I went through over 60 castings before I got my first photography shoot. I went to over 40 auditions in NTA, but amazingly when I got through, I became the most used face on the screens of the television in Nigeria. I was the only model as at that time that did five billboard commercials.

There were four productions I ran for five years. There is no soap opera that was done in NTA that I didn’t do, and yet I was working in another studio. I worked round the clock.

Should there be a stricter regulation for approving movies?

Whose fault is it then?

Because the press allowed the old and new Nollywood. We have morally disdained people doing what we are doing today because we live a life of competition which is rubbish. Yes, everybody can be an actor, no, not everybody can be a star.

What can be done?

Until the young ones understand the fact that the old actors are not in competition with them, Nollywood would die. Give it the next few years. No matter the amount of money BoI pushes into it, it is nose-diving. Go to your radio station today, go to your TV stations, check the presenters out, everybody speaks from their nose. Where is the beautiful Yoruba accent, where is the Hausa accent, where is the Igbo accent? Meanwhile, they don’t even know what a boarding pass is.

BBNaija made me popular without money, says Kemen