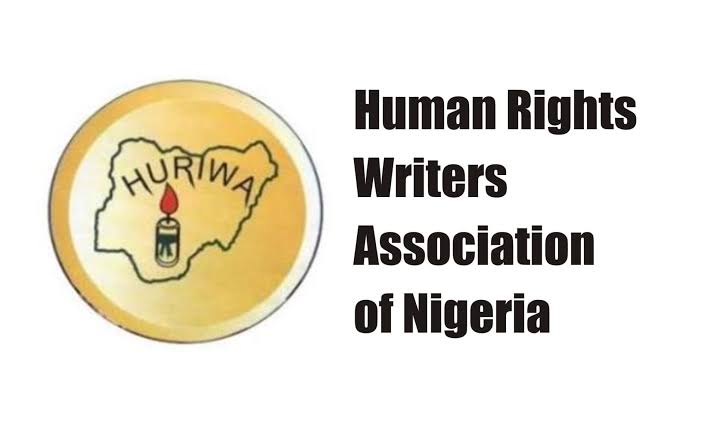 The Human Rights Writers Association Of Nigeria, made known in a statement signed by its National Coordinator, Emmanuel Onwubiko on Wednesday, that the Economic and Financial Crimes Commission and the Independent Corrupt and Other Related Offences Commission to probe the source of wealth of any All Progressives Congress presidential aspirant who picks the party’s N100m presidential nomination and expression of interest forms.

The NEC revealed that it would begin selling nomination and expression of interest forms for various electoral offices from April 23 until May 6, 2022.

Reacting in its statement titled, ‘Anybody Buying APC Presidential Form At N100 Million Should Be Arrested And Investigated -Says HURIWA’, the group said only corrupt politicians would afford that much for a nomination form.

HURIWA said, “Anyone who buys the nomination form at such a scandalous amount should be arrested and handed over to law enforcement agencies such as EFCC or ICPC or the Nigeria Police Force for investigation on the source of the money.”

The group added, “We were only just finished carpeting opposition Peoples Democratic Party for bastardizing the process of nominating its presidential candidate by inflating the cost of its nomination form to N40 million, little did we know that the politicians who run the Federal Government and have ruined the national economy will peg theirs at the extravagant cost of N100 million.

“This same APC government is unable to meet the funding obligations for federal universities and thereby has left millions of students of public schools to roam around in their homes due to industrial strike by university teachers for over two months.

“It is a shame that those who seek to govern Nigeria are made to cough out so much money to purchase forms just to signpost their original intention as persons whose only objective would be to first recoup their huge investments and to further impoverish the citizenry.

“We urge Nigerians to initiate citizen’s arrest of anyone who buys the APC presidential form at the rate of N100 million and hand over these suspects to the relevant law enforcement agencies to explain their source of such huge funds.

“Citizens must demand accountability now or we are enslaved by the higher bidder who purchases the seat of the President of the Federal Republic of Nigeria.”

Related Topics:2023 electionsAPCnomination form
Up Next

PDP extends sales of nomination and expression of interest forms