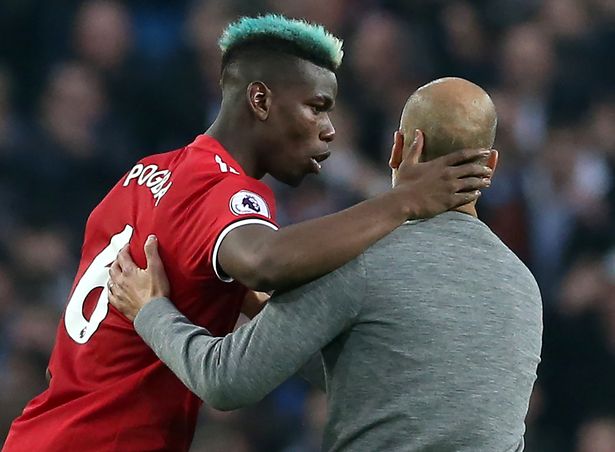 It came as a surprise to many when it was reported that Manchester City boss, Pep Guardiola had interests for Manchester United’s Paul Pogba as reports went on that the French man wasn’t going to renew his contract with the Old Trafford club.

Further reports add that, Pogba indeed was wanted, and was even met by City boss, Guardiola one on one to discuss a move to the blue side of Manchester.

But Pogba considered his United loyalties and the outrage a move as that would cause on the internet and even in Manchester in general.

Of course, City were ready to put him amongst the top earners at the Etihad as City’s director of football, Txiki Begiristain had presented him an offer.

But Pogba putting into consideration the fact that his home was burgled in March, the French star felt the need to change scenery with his family would be better for him and the club.

Those reasons placed City at an unfair position to other clubs to negotiate a signature with the player who attracts interests from clubs such as Real Madrid, PSG and Juventus.

Manchester United though on Wednesday confirmed Pogba will be leaving the club as a free agent this summer.

Nigeria can only get better– Super Eagles manager promises