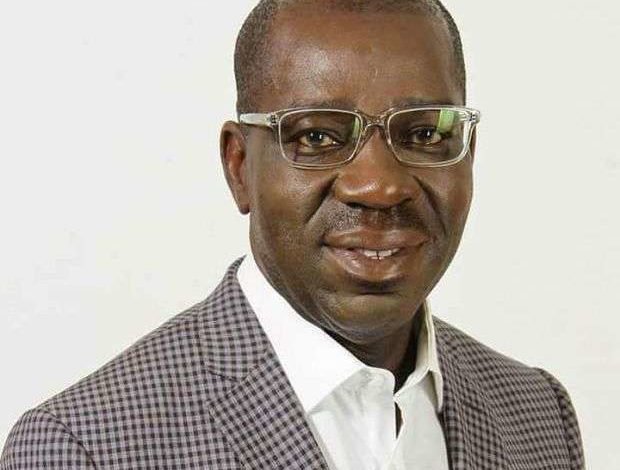 With him were Gombe State Governor Ibrahim Dankwambo and Minister of Water Resources Suleiman Adamu.

Obaseki said: “The NEC also resolved through the chairman of the Governors Forum to support the effort of the Federal Government in the area of security. Pleased with the achievements that have been made till date in the fight against insurgency, particularly in the Northeast, the governors of Nigeria through their chairman announced at the NEC meeting that the governors have given permission to the Federal Government to spend the sum of $1billion in the fight of insurgency.

“This money is supposed to be taken from the Excess Crude Account,” he added.

Obaseki said the Secretary to the Government of the Federation (SGF) was planning a retreat for secretaries to state governments – to have an alliance with states.

“This retreat will hold from the 18th to 19th of December and he implored all governors to ensure that all SSGs attend this retreat,” he said.

According to him, the Council also discussed the fuel scarcity in some part of the country.

Damkwabo said that some of the issues considered at the meeting included updates from the forensic audit of revenue that accrued into the federation account up to 2015.

As a follow-up to the report that was submitted during NEC last month, he said that the Council was informed that KPMG was still conducting the audit of the Nigerian Customs Service (NCS) and the Nigerian Communication Commission (NCC).

“Hopefully, by January 2018, these audits will be concluded and reports will be submitted to the council,” the governor said.

He said that Council was also informed by the Accountant General of the Federation that the balance in the Natural Resource Development Fund Account as at 13th December stood at N106.984 billion.

According to Dankwambo, the Accountant General of the Federation also informed Council that the balance in the Excess Crude Account as at 13th December 2017 stood at $2.317billion.

He added: “Update of the current balance of the Stabilisation Fund account was also reported by the Accountant General of the Federation, which as at 13th of December 2017 stands at N7.78billion.

“Update on budget support facility loan granted to states was also reported to council and that for the month of June,July and August, some states have been paid and the Federal Ministry of Finance is working on the payment of the month of September budget support.

“The Minister of Finance informed Council that the budget support facility to states is also based on certain conditions as agreed under the fiscal responsibility plan, but she complained that most states are yet to comply and added that non compliance will make her ministry stop to give states that do not comply.”

Top 20 Lucrative Businesses in Nigeria That Make Millions of Naira