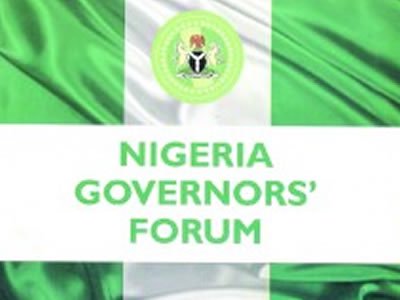 Governors are mounting pressure on House speakers over the planned review of the constitution, The Nation has learnt.

Some of the speakers have been threatened with removal, should they remain adamant.

The Nigerian Governors Forum (NGF) has invited speakers to an emergency meeting  tomorrow in Abuja.

The session, according to sources, is designed to abort the consideration of the amendments to the constitution by 20 Houses of Assembly on Wednesday.

The Conference of Speakers has given a December 20 deadline to all Houses of Assembly to conclude debate on the proposed amendments sent to the states by the National Assembly.

Some governors are said to have mandated their states’ speakers to either halt the consideration of the amendments or face the consequences.

It was learnt that the governors and the speakers have disagreed on four major components of the proposed amendments to the 1999 Constitution as passed by the National Assembly.

The areas of disagreement are:

A source, who spoke in confidence with our correspondent, said: “The two parties have not been able to reach a consensus on these four areas. They have been holding series of meetings in the past few weeks.

”The speakers met in Enugu about three weeks ago and raised a seven-man committee comprising a Speaker from each of the six geopolitical zones to be led by the Speaker of the Kwara State House of Assembly, Ali Ahmed.

“The speakers have decided to uphold these four areas to save local government administration from collapse and end non-payment of workers at the local level.

“They observed that there had been gross abuse of JAAC.”

“ The governors also set up a seven-man team headed by Osun State Governor Rauf Aregbesola to guide the NGF. While consultations were ongoing, some State Houses of Assembly endorsed the amendments passed by the National Assembly.

“About 20 states are expected to approve the amendments on Tuesday, including the upholding the four points of disagreement. But the governors have vowed to resist them,” the source said.

Another source said: “Some of the Houses of Assembly were hasty because they had not recognized the governors’ input. They acted as if they harbour a pre-determined agenda against the governors.

“The governors wanted the Houses of Assembly to step down the four contentious areas for a broader understanding with the Governors’ Forum.

“Some Speakers said the governors ought to have prevailed on senators and members of the House of Representatives to influence these four areas instead of killing the amendments at the state level.

“Alternatively, they have asked the governors to throw the four amendments open to the public and let Nigerians decide on these four critical amendments.”

The NGF has summoned the 36 Speakers for an emergency meeting tomorrow.

A December 15, 2017 notice by the Director-General of NGF, Mr. A.B. Okauru, said: “The Governors Forum at its meeting of 13th December, 2017 resolved to consult with the Honourable Speakers of the 36 State Houses of Assembly on the above subject matter( Amendment of the 1999 Constitution of the Federal Republic of Nigeria).

“Consequently, we write to invite the Honourable Speakers of the 36 State Houses of Assembly to a meeting with the Nigeria Governors’ Forum( NGF) scheduled as follows: Tuesday, 19th December, 2017by 3pm at the Banquet Hall, Presidential Villa, Abuja.”

A Speaker said: “Some governors have been threatening a few of our colleagues to reject the four amendments or forget their jobs.

“We are seriously under pressure. In fact, a mail was secretly sent to the governors to attend Tuesday’s meeting with their Speakers as if we are small boys.

“We are surely heading for a stalemate after spending over N7billion to effect the latest amendments to 1999 Constitution.”

Section 9(2) and (3) provides the guidelines for alteration to 1999 Constitution.

The section says: “The National Assembly may, subject to the provision of this section, alter any of the provisions of this Constitution.

“An Act of the National Assembly for the alteration of this Constitution, not being an Act to which Section 8 of this Constitution applies, shall not be passed in either House of the National Assembly unless the proposal is supported by the votes of not less than two-thirds majority of all the members of that House and approved by resolution of the Houses of Assembly of not less than two-thirds of all the states.”