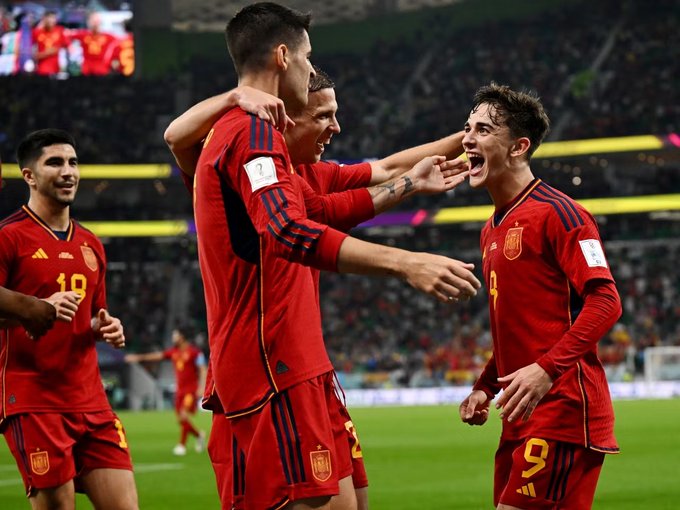 Spanish international and Barcelona midfielder, Gavi has seen himself become the teenage sensation in European football alongside the likes of Jude Bellingham and teammate, Pedri.

His performances so far, both in club football and at the world cup has lent credence to his abilities as an up and coming star in the game.

For ex Manchester United striker, Louis Saha, he believes Gavi will be an interesting prospect for United if the premier league wasn’t an entirely different beast to the La Liga itself.

Leao and Felix both have incredible potential and are really dangerous, according to Saha.

Recall that Ronaldo’s contract with Man United was just ended by mutual consent.

Since Ronaldo left Manchester United, the Red Devils have been connected with players like Christian Pulisic of Chelsea and Cody Gakpo of PSV.

Saha, though, thinks Leao and Felix would be welcome additions to Erik ten Hag’s squad.

“They can play on the wing and as strikers. They are amazing talents and very dangerous.

“I would like to see Gavi too, but the Premier League is a different animal, it would be hard for him to settle. When you come from Spain to England, it is a very different challenge, they will need to adapt straight away.”

Mendy vs. England: How Will The Story Go?