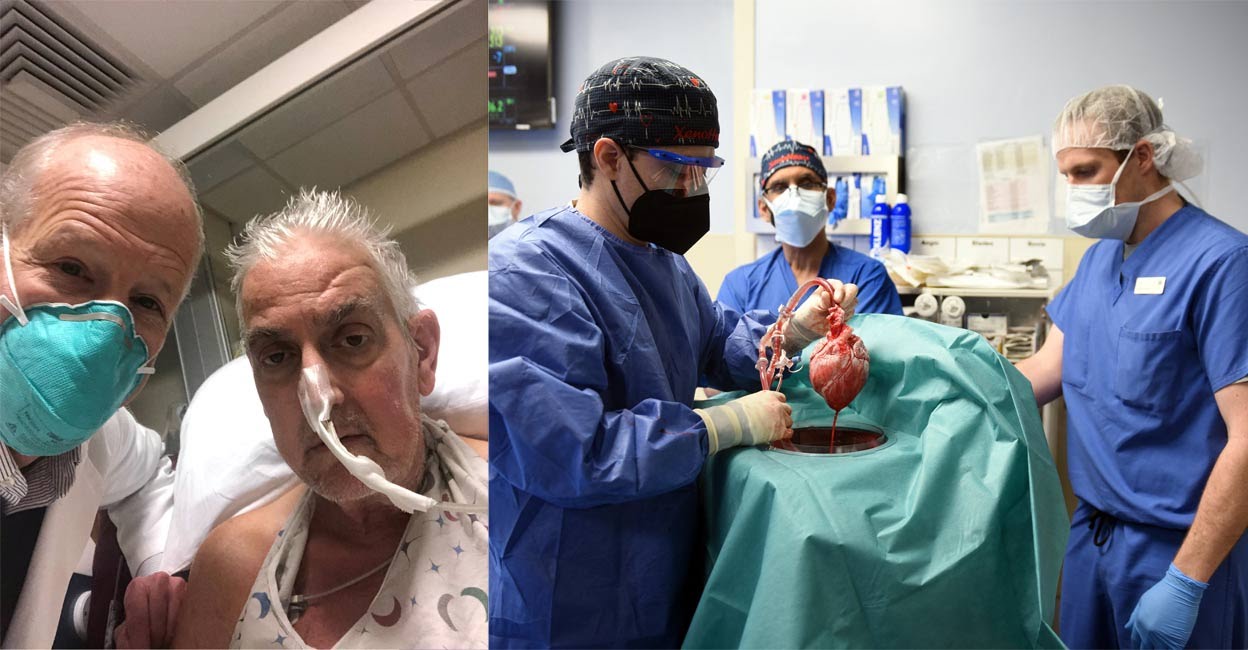 The first human to receive a heart transplant from a genetically modified pig has died two months after groundbreaking surgery.

The University of Maryland Medical System disclosed the information in a statement on Wednesday, March 9.

The procedure raised hopes that advances in cross-species organ donation could one day solve the chronic shortage of human organs available for donation, and the team behind the operation say they are “optimistic” about its future success.

David Bennett, 57, had received the pig heart transplant on January 7 and passed away March 8, 2022.

“His condition began deteriorating several days ago. After it became clear that he would not recover, he was given compassionate palliative care. He was able to communicate with his family during his final hours,” the statement said.

Following surgery, the transplanted heart had performed very well for several weeks without any signs of rejection, the hospital added.

Bennett was able to spend time with family, participated in physical therapy, watched the Super Bowl and spoke often about wanting to go home to see his dog Lucky.

“He proved to be a brave and noble patient who fought all the way to the end. We extend our sincerest condolences to his family,” said Bartley Griffith, the surgeon who led the procedure.

Bennett came to the hospital in the eastern US state of Maryland in October 2021.

He was bedridden and placed on an emergency life support machine. He had been deemed ineligible for human transplant — a decision that is often taken when the recipient has very poor underlying health.

“We have gained invaluable insights learning that the genetically modified pig heart can function well within the human body while the immune system is adequately suppressed,” said Muhammad Mohiuddin, director of the university’s cardiac xenotransplantation program.

“We remain optimistic and plan on continuing our work in future clinical trials.”

Bamise: People with evil intentions will not be tolerated- Sanwo-Olu