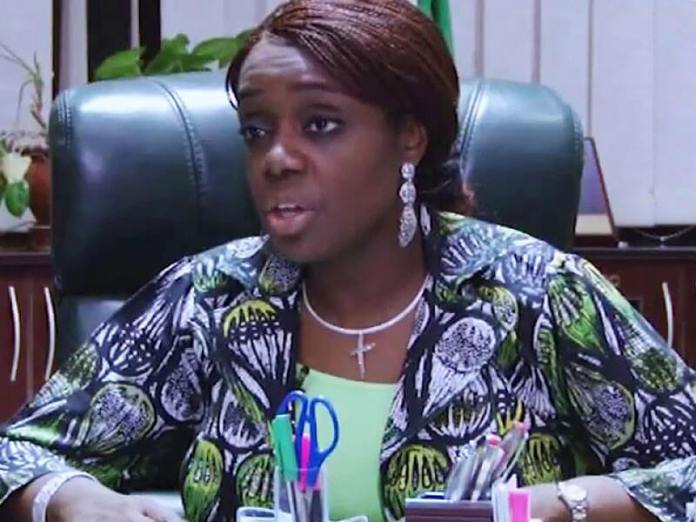 The federal government has made good its promise to release the balance of the Paris Club refund to states, as 27 states of the federation have so far benefitted from the latest refunds.

The Director, Home Finance of the Federal Ministry of Finance, Mrs. Olubunmi Siyanbola, disclosed this in Abuja saturday while briefing journalists on the outcome of the Federation Account Allocation Committee (FAAC) meeting for the month of November.

Siyanbola noted that 27 states had so far benefited from the new tranche of refunds, with nine others yet to receive their share of the Paris Club refund.

She explained that the delay in releasing the refund to the nine states was only “a matter of process,” assuring Nigerians that they (remaining states) would get theirs as soon as the processes were completed.

Siyanbola stated that one of the issues also discussed at the FAAC meeting was the accruals into the Excess Crude Account (ECA), which now stands at $2.317 billion as against $2.308 billion last month.

On the development, the Accountant General of the Federation (AGF), Mr. Ahmed Idris, attributed the marginal increase in the ECA “to interests that have to continue accruing for keeping the money for the future.”

Also on the question of whether or not the $1billion, which the state governors approved from the ECA to fight Boko Haram had been deducted, Idris stated that, “it is one thing for requests to be made, but there is a process for money to be taken out of an account.”

He pointed out that the state governors as part owners of the ECA were perfectly in order to request that part of the money be used to secure the country, adding that “as part owners, there will be no objections and we will go with the directive.”

Reacting to Ekiti State Governor Ayo Fayose’s objection to the withdrawal of $1 billion from the ECA, Idris said Fayose should have made his objection known to the Governors’ Forum instead of the press.

On why the FAAC meeting had to hold on Saturday, Idris stated that because of Christmas activities, it was decided to hold the meeting mid-month (December) as against between 20th and 25th of the month so that money would be available for workers to celebrate Christmas.

Due to the change in date, Idris noted that “institutions found themselves inundated with reconciling figures at short notices and some FAAC officials were at the Central Bank of Nigeria (CBN) till 9pm and the documents needed got to stakeholders this morning thus prompting today’s meeting so that Nigerians can have better Christmas and New Year celebrations.”

For the month of November, 2017, the total sum of N609.959 billion was distributed to the three tiers of governments.

Under the statutory disbursements, the federal government got N248.227 billion, states received N125.904 billion, local governments were given N97.067 billion, the oil producing states got an additional N43.215 billion as 13 per cent derivation requirement, while the balance of N15.120 billion went for cost of collection and Federal Inland Revenue Service (FIRS) refund.

In his remarks, the Chairman of Commissioners Forum, Alhaji Mahmoud Yunusa, said “Saturday’s figures were higher now but they can be better off. The states are happy that workers will be paid before Christmas.”

Meanwhile, the International Monetary Fund has said Nigeria could save between $5 billion (N1.525 trillion) and $9 billion (N2.745 trillion) if it migrates its payment system to digital from cash. In the fund’s estimates, the saving represents about 1.7 per cent of the nation’s gross domestic product (GDP).

IMF Managing Director, Christine Lagarde, who disclosed this in Addis Ababa, Ethiopia at the United Nations Economic Commission for Africa (UNECA), explained that its analysis had revealed that, by updating their payment systems to digital from cash, governments of developing countries could save about 1 per cent of GDP, which may even be higher in some parts of Africa.

According to Lagarde, “IMF analysis in our recently published book, ‘Digital Revolutions in Public Finance’, shows that across the developing world, countries could save around one percent of GDP by updating their government payment systems from cash to digital. In some places in Africa the potential is even higher.

“In Nigeria, for example, we estimate that a government move to digital payments could save between 5 to 9 billion U.S. dollars, or about 1.7 percent of GDP.”

The IMF chief executive believed when governments put technology into practice millions of people could be helped. “Think of Sierra Leone. During the Ebola outbreak, some emergency responders had to leave their patients for days to go and collect payments from a regional office. By introducing a mobile wallet system, the government was able to save lives and better allocate resources where they were needed the most.”

Similarly, Lagarde, who delivered an address, titled, ‘The Foundations of Technological Transformation in Africa’ at UNECA, also said the IMF projected 3.6 per cent growth for 2017 and 3.7 per cent for 2018 for Africa.

“This topline number masks significant variations among countries. While nearly one-third of nations are growing at around 5 percent, others — particularly the commodity exporters — are seeing a slowdown due to lower commodity prices,” she explained.

Lagarde, however, added that, on a GDP per capita basis, 15 countries on the continent were expected to see a decline this year. This, she pointed out, encompassed about 40 per cent of the population,

“One concern we see is a sharp increase in public debt, which has reached 50 percent of GDP in nearly half of sub-Saharan Africa’s countries. This is a big cloud on the horizon,” she added.

In another development, the Federal Inland Revenue Service (FIRS) has said it targets 90 per cent tax compliance from both individuals and corporates in 2018.

The Executive Chairman, FIRS, Mr. Babatunde Fowler, said this in an interview with journalists on the sidelines of a training workshop for tax professionals on the Voluntary Assets and Income Declaration Scheme (VAIDS), which took place in Lagos.

According to Fowler, the target should be for the federal government as well states’ revenue mobilisation agencies to be able to fund their respective annual budgets.

“In terms of FIRS, when I talk about FIRS, I mean the states as well, because I am the chairman of the Joint Tax Board; the mandate is that we should be able to fund our respective budget.

“The FIRS should be able to fund the federal budget and the states should improve to a level that they don’t need to look towards Abuja monthly to fund their own budgets and I think that is where we are heading to. As long we can achieve a 90 per cent level of compliance, both for corporates and individuals next year, then I can say we have met our target,” he explained.

The FIRS chief executive urged Nigerians to meet their tax obligations for government to be able to carry out developmental projects.

“In a democracy where the people have voted, and they have elected an individual to rule them politically, I think they should give the government all the support,” he said.

Fowler stressed the need for taxpayers to take advantage of the window created through the VAIDS to meet their obligations.

According to him, the tax administrators did not come up with the initiative to make life unbearable for taxpayers, but to make it more convenient, more transparent and easier for them to handle your tax affairs.

Responding to a question on how a company under examination would be able to key into the scheme, Fowler explained: “When an audit is being conducted, sometimes tax administrators find out certain things and at that point in time, we cannot stop the audit, unless the firm declares fully what the situation is. So, once an audit has started, we would finish the audit.

“However, you will still have the benefit of not paying interest or not paying any penalty. You can also come forward with any information that you have.

He added: “An organisation that we are auditing right now, came up and applied through VAIDS, with a liability of N6 billion. The question is, for them to wake up and offer to pay N6 billion, it means that the team that we sent out must have stumbled against something we didn’t know.

“Sometimes, when they give out information, you might find out that someone in that organisation, maybe the accountant would give out a document, which unfortunately, management wanted to hide. So, what we are just simply saying is that it is time for us to come truthfully.

“Any tax payer that refuses to pay tax on profit, the tax administrators have come together, not to make live unbearable for you, but to make it more convenient, more transparent and actually easier for you to handle your tax affairs.

“We cannot do it alone. There are lots of rooms that need to be fixed, there are lots of healthcare requirements for the youths, and education, and we need the support of all to do that.”

Fowler said the agency had deployed technology to simplify the process of tax payment, just as he expressed optimism that from the first quarter of next year, the FIRS would establish cubicles where taxpayers can walk into any FIRS office and file their returns online.

“For those of you who are not sure how to do it, there would be staff to take you through the process,” he said.

Public Universities And Strikes Without End