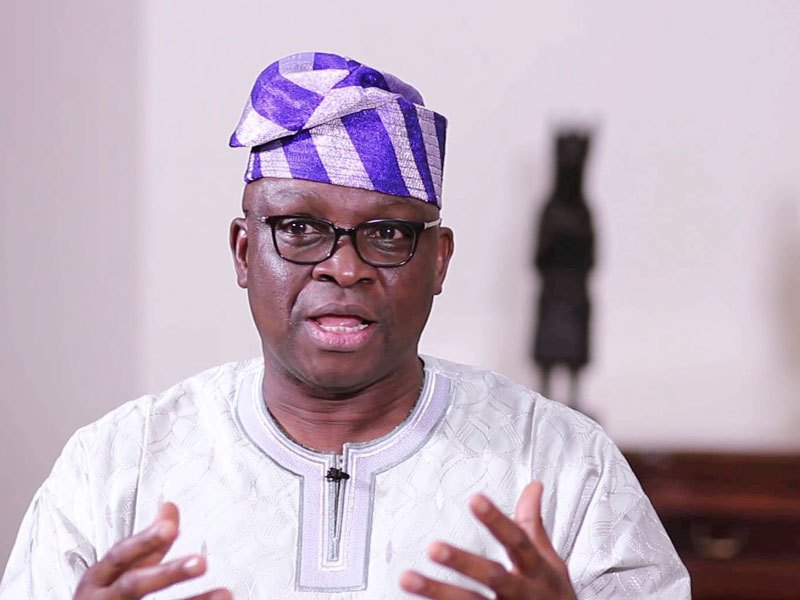 Ekiti State Governor, Mr Ayodele Fayose, has described the decision to withdraw $1 billion from the Excess Crude Account (ECA) to fight Boko Haram insurgency in the North-east region as a means by the All Progressives Congress (APC)-led federal government to fund President Muhammadu
Buhari’s re-election in 2019.

“For posterity sake, I wish to place it on record that I was not among the governors who approved the withdrawal of almost half of our savings in the Excess Crude Account, which belongs to the three tiers
of government to fight an already defeated insurgency,” he declared.

In a statement issued in Ado Ekiti on Friday, and signed by his Special Assistant on Public Communications and New Media, Lere Olayinka, Governor Fayose said: “Since they said they have defeated Boko Haram, what else do they need a whopping sum of $1 billion (over N360 billion) for; if not to fund the 2019 elections?

“The APC promised to wipe out Boko Haram within six months, now it is 31 months and what the APC government is wiping out is the economy of Nigeria and the means of livelihood of the people,” Fayose said.

The governor said N360 billion was equivalent to what the Federation
Account Allocation Committee (FAAC) share to the federal government, 36 states and 777 local councils monthly, noting that “Nigerians deserve proper explanations from the federal government on the
rationale behind spending such huge sum of money to fight an already defeated Boko Haram.”

Nigeria Loses over $6,4bn Annually to Non-reciprocity of BASA