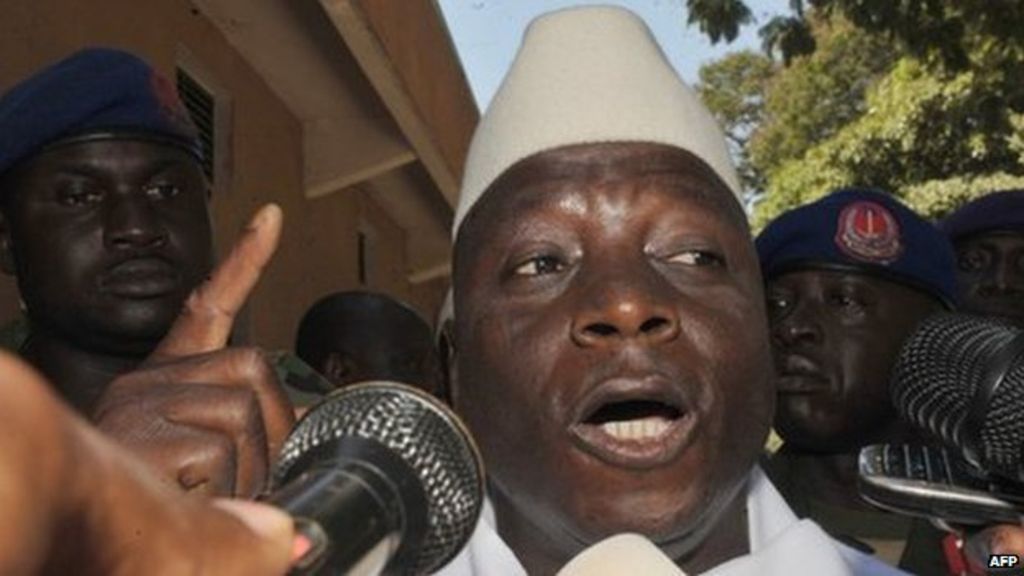 In a statement on Friday, the human rights lawyer said his law firm had been able to identify Omozemoje Paul Enagameh as one of the Nigerians killed by the Jammeh regime.

Following Jammeh’s removal, the Human Rights Watch and TRIAL International had revealed that a paramilitary unit controlled by Jammeh summarily executed Nigerians, Ghanaians and other West African migrants in July 2005.

Gambian officials had told Human Rights Watch that the migrants, who were bound for Europe were suspected of being mercenaries intent on overthrowing Jammeh.

They were murdered after being detained by the former president’s closest deputies in the army, navy, and police.

Falana said his firm found that the nine Nigerians who were involved were traveling with their passports as of the time they were killed.

“On July 21, 2005, the Gambian Navy seized a boat conveying 58 immigrants. Aboard the boat were nine Nigerians, 40 Ghanaians, 3 Senegaleze, 3 Sierra Leoneans and two Togolese sailing towards a fishing vessel anchored on the high sea to stowaway to Europe,” the statement read.

“Apart from two Ghanaian nationals who were released to a Ghanaian government delegation another Ghanaian escaped from the custody of the navy. But the remaining 55 immigrants were illegally executed on the orders of the brutal regime of Mr. Yayah Jameh, former President of Gambia.

“In the investigation conducted by our law firm into the killings it has been established that the 9 Nigerians involved were travelling with their passports. However, the Nigerian Community in Senegal confirmed the identity of one of the massacred Nigerian immigrants. The details are:-

Thanking Geoffrey Onyeama, minister of foreign affairs, for providing vital information in the investigation, Falana called on family members of the deceased to take opportunity to seek redress in the Truth, Reconciliation and Reparations Commission currently sitting in Banjul, the Gambia capital.

Jammeh, who lost Gambia’s presidential election in 2016, refused to step aside but he bowed to pressure after an intervention leaders of the Economic Community of West African States (ECOWAS).

He has since been on exile.

Related Topics:FALANAYahya Jammeh
Up Next

Why I regret taking pains for APC – Okorocha

Why I’m sure Buhari will appoint ministers soon – Emefiele explains