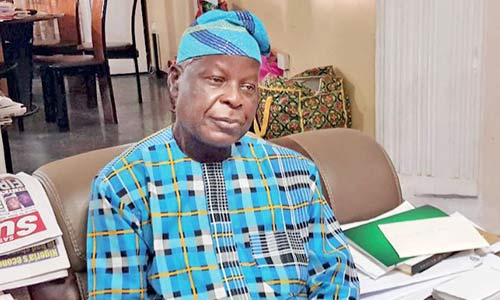 Former Inspector General of Police, Mike Okiro has been absent from the media for years but has now showed up to reveal a side to a story people may be oblivious to for some time now.

The ex-IGP revealed he was swindled off his life savings from the Nigeria Police Force due to being misled by some politicians in the Nigerian scene.

He said this happened when he was pushed by politicians to contest for a seat in the Nigerian Senate while receiving money from him in the process as he was leeched off of to the drop.

According to Okiro, Nigerian elections should not be made paramount based on who could pay the highest sum or buy the electorates.

Mr. Okiro revealed this at an event organized by the New Nigeria Dream Initiative (NNDI), calling on Nigerians to quit collecting money from politicians during elections.

In his words, he narrated:

“They came one day, I said I was not going to give more money because I have nothing to give you.”

“I am talking about this thing because once in a time, the politicians have faults but we have more faults than the politicians. I have an experience, let me share the experience, I corrected myself and I said bye-bye to that thing.”

“I contested election in Abuja here, Senate. I was on my own when they called me to come and contest. I said I have just retired, they said no, come and contest! I said Okay, I will discuss it with my wife. I told my wife and she said I am afraid.”