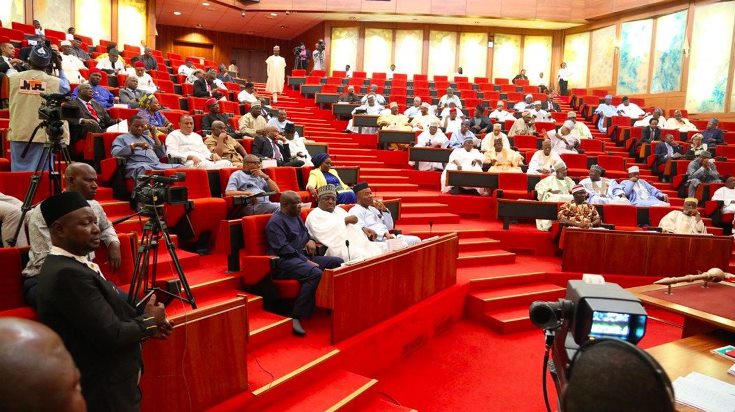 The Nigerian Senate honoured the former Head of the Interim National Government of Nigeria, late Chief Ernest Shonekan, on Tuesday, saying he was a symbol of national unity.

Shonekan, a boardroom guru, was selected to head the ING that succeeded the military junta of General Ibrahim Babangida.

The elder statesman was the Chairman of the ING between August 26 and November 17, 1993 when he was ousted in a palace coup led by late General Sani Abacha who was Secretary of Defence.

The Senate resolved to send a delegation to condole with the Shonekan family, the Government and the people of Ogun State.

The chamber also held a one-minute silence in honour of Shonekan, who died on January 11, 2022, in Lagos at the age of 85.

The Majority Leader of the Senate, Yahaya Abdullahi, who moved a motion to honour Shonekan, said, “the Senate is convinced that Chief Ernest Shonekan was a selfless Nigerian who dedicated his life to the growth and stability of Nigeria as evidenced in his public and private life.”

President of the Senate, Ahmad Lawan, described Shonekan as a symbol of national unity.
In his ruling on the motion, President of the Senate, Ahmad Lawan said, “Today, we are celebrating this great man because he served our country, and it is that service to our people that will make us feel happy and pleased with ourselves, and also make us part of leaders that would have served their country meritoriously.

“The contribution of most of us centred on when he came into office, when he was made the head of the interim national government; that says a lot because at that time the military was looking for someone who’ll be acceptable to the civilians and citizens across the country since things became difficult for the military.

“Therefore, for the military authority at that time to fish out a gentleman who had shown no signs of going into politics to contest for any leadership position, showed that was a person that could be a unifier and peace-bringer that could midwife the democracy for the next dispensation.

“He did what he was expected to do until he was removed. But the point remains that he was a symbol of national unity.

“Surely at this time, we need people like him with the experience of both public and private lives to make us march forward as we are determined to do to make Nigeria better for all citizens.”