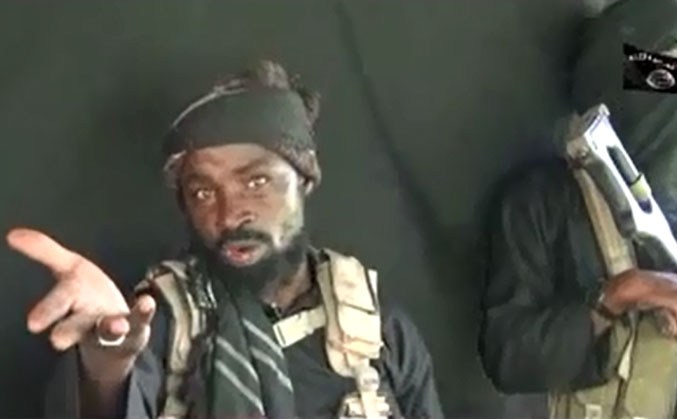 A former Boko Haram Chief Intelligence Officer, CIO, Abdulkadir Abubakar, has warned the leader of the group, Abubakar Shekau, to stop using innocent girls who are being hypnotised as human bombs.

Mr. Abubakar was the CIO of the terror group and one of its top commanders, until his arrest in June by the military in Buni Yadi in Gujba Local Government Area of Yobe State.

The Commander who spoke to PRNigeria in his cell in Maiduguri, regretted that a lot of innocent young girls were captured, tortured, hypnotised and used by Abubakar Shekau in the suicide bombing.

“I am calling on Abubakar Shekau, Mamman Nur, Abbor Minok and Abu Musad Albarnawi to lay down their arms and to stop the senseless killings.

“Shekau has continued to demonstrate his cruelty and atrocities against humanity. He had killed a lot of souls, destroyed homes and rendered people homeless.

“He continued to exercise God’s authority to himself by killing innocent souls at will without any justification. This was why all his commanders left him. He doesn’t have pity for the aged, women, children as well as young girls, who are mostly suffering and dying in his camp.

“His followers are raping and committing all sort of atrocities under his nose while he continued to show no concern. Many who dared to question his dastardly acts, were promptly eliminated by Shekau.

“Some of his commanders like Aliyu and our Chief Mechanic known as “Paper” were killed for begging Shekau to provide food to mothers and their children at the time our camp in Abiso ran out of food.

“When Shekau was told to help them, he said he did not come to Sambisa to feed the Children of “Handak” he said if 100,000 of them die every day, that’s none of his business.

“At some point women became beggars to feed their children in Sambisa, while at least 13 children get killed of malnutrition and other hardship meted on them by Shekau.

“This is the reason why Mamman Nur, Albarnawi, Man Chari, Abbor Minok and Abba Albarnawi including myself deserted him and form our own factional groups. Mamman Nur moved to the shores of Chad while Albarnawi and Abbah (Last born of Muhammad Yusuf) remained at the shores of Magumeri.

“All of us as at then were all hunting to kill Shekau just like the Nigerian military because of the atrocities he committed under our name. We had fought nine times with him and killed many of his men.

“Shekau must know that all those women he is sending with Improvised Explosive Device (IEDs), in places of worships, market and schools are our sisters and mothers and they don’t deserve to die.

“He must know that one day he would be called and to account for all the atrocities he has committed in the name of Islam. There is no compulsion in religion. Indeed God has really allowed the truth to prevail over falsehood.

“There is no verse of the Holy Qur’an that permitted Muslims to kill anybody. God will punish even those who feel happy while we are killed not to talk of killing innocent souls. So you cannot kill anyone who doesn’t believe in your faith or practice.

“Arrogantly, Shekau declared a whole country and people living it as infidels and ordered that everyone living in that city and not Sambisa must be killed. Islam can never be synonymous to senseless killings.

“Shekau should remember that he was nobody but ordinary student. He remember that he had only two sets of cloths when we were in Maiduguri. I remember ever telling him that “Brother Shekau why can’t you buy more cloths to wear? And he told me that he was afraid of meeting God in the day of judgement.

“He should look at himself and ask himself if he has achieved from the senseless course. Despite all the looted wealth and power he had acquired, was he able to buy himself good health. He is now a cripple isn’t that a lesson for him to learn and understand that God is punishing you for the pain you inflicted on others.”

Related Topics:Boko Haram
Up Next

Tinubu calls for support for Buhari to overcome economic challenge