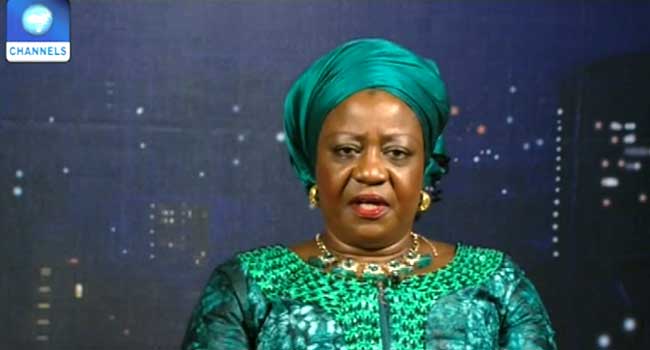 One of the personal assistants to President Buhari on Social Media, Lauretta Onochie has said that those asking for full disclosure of the health status of the president are disrespecting him as he is a private citizen.

She made this known when she was a guest at Channels Television‘s Politics Today on Monday.

When asked to comment on the recent #ResumeOrResign protest, she said:

“It is very insensitive of anyone to begin to call on someone who is unwell to resume. Governance is going on, the role of the President is that of coordination; governance is a collective duty. When he (Buhari) was leaving, power was fully transferred to the Vice President and today, we have an Acting President,” she said.

For the life of me, I have no idea why anybody should disrespect another by asking for the details of their health status. As we speak, we have an acting president. As we speak, President Buhari seems to be like a private citizen at the moment. We have no right and it is very disrespectful for anyone to ask for his health status. In the UK where I came from nobody would release anybody’s health record to another, not even the members of their family unless the person decides to approve.

The prerogative to speak on his ailment lies only on President Buhari. If he chooses, it is a choice. It is very disrespectful and very intrusive. We are intruding into his private rights. He has rights too as a citizen of Nigeria. It is not right, not appropriate. Anybody can get sick at any particular time.

Watch the videos below:

"President Buhari seems 2b like a Private Citizen??‍♂️, it is disrespectful to ask abt his health?" – PA 2d?? President
What a load of BS ? pic.twitter.com/OorIFZDmGt

Since President Buhari is like a private citizen according to madam PA maybe he should foot his UK medical bills & expenses. ? pic.twitter.com/nv7FMxDkCf

You Can Take Over the World Without Being an Entrepreneur