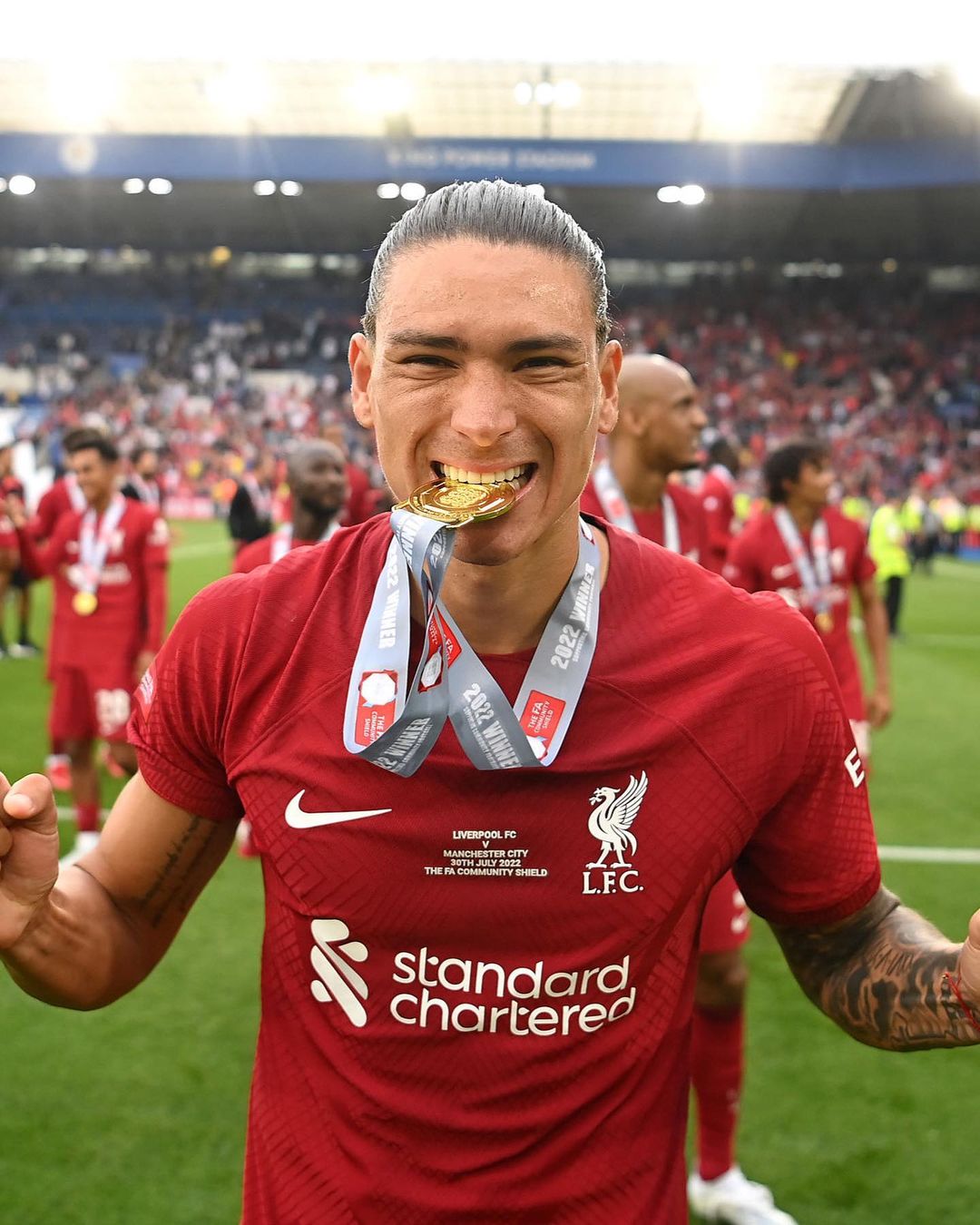 For some reason, Darwin Nunez seems to know what every rival fan is thinking and saying about his Liverpool career, and it is quite surprising considering the star has no knowledge of the English language yet.

Or perhaps it’s some psychic instinct telling him the price tag he came under from Benfica will continually be pointed at and used to troll him.

Well, the Liverpool’s new attacking prospect had quite the expression for the fans and his critics following the Community Shield win at the Kings Power Stadium of Leicester City on Saturday.

The victory which saw Darwin Nunez put a foot ahead in the Nunez vs Haaland debate, saw the Uruguayan put up a performance to help his Liverpool clinch the Shield ahead of title rivals, Manchester City.

Liverpool for the most part of the game had put up a performance that saw them clinch the first goal in the first half of the game through a Trent Alexander Arnold strike from outside the box which saw a deflection past Ederson Morales.

The Reds held on their resilience in defence despite the pressure from the Cityzens till the 70th minute before a largely controversial goal by Manchester City signing, Julian Alvarez saw the Etihad side come into the game.

It was all about the new signing in the Community shield though, as Liverpool biggest signing so far, Darwin Nunez, came into the game to force in a victory minutes after Alvarez’s equalizer.

The Uruguayan saw some early chances which were saved by Manchester City goal keeper, Ederson, but it was Darwin Nunez’s blocked header that resulted in a handball on Reuben Dias that gave Liverpool the lead again.

The former Benfica prospect won the Reds a penalty in the 84th minute in which Mohamed Salah courageously converted to restore the lead at 2-1.

But the final say was made when the Liverpool number 27 headed in a headed cross from Andrew Robertson past Ederson and straight into the net of the Cityzens.

A most talked about moment in the game by the internet came when Erling Haaland missed a 90th minute open goal against Liverpool to ensure Nunez stood out for now in the versus debate with the Norwegian.

Timo Werner wants to remain in the Premier League, but faces Problem