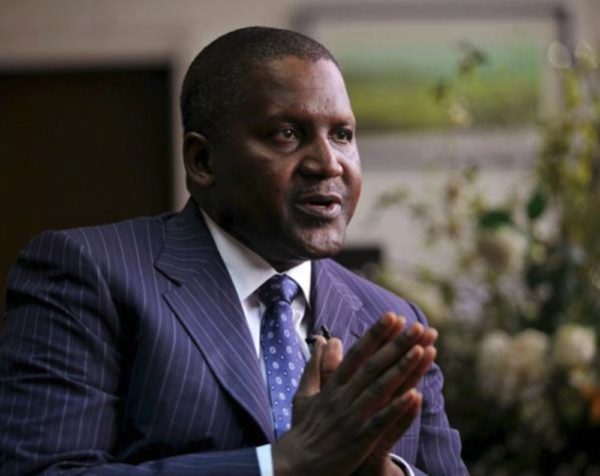 Africa’s wealthiest man Aliko Dangote has reportedly submitted a proposal to the Nigerian Universities Commission (NUC) to set up a world class university, TOPNAIJA.NG can confirm.

Premium Times reports that Julius Okojie, a former Executive Secretary of NUC, is the chairman of the technical team for the establishment of the university.

Okojie and his team visited the current Executive Secretary of NUC Abubakar Rasheed, where he pleaded for the support of the commission in actualizing their goal.

He said the university intends to drive technology and research to stimulate Nigeria’s economy.

Rasheed applauded the team and Dangote’s efforts, and promised to provide all the required assistance in setting-up the University.

Dangote Group of Companies has signed a $450 million Memorandum of Understanding (MoU) with Niger State government to develop an integrated sugar industry in Lavun.

Details of the project made available to press men indicated that it would involve the development of a sugar cane plantation of about 16,000 hectares.

Alhaji Aliko Dangote, President of Dangote Group, in a brief remark shortly after signing the MoU in Minna, said that the project would be supplemented by an out-grower scheme to produce 12,000 tons of sugar cane per day.

“Dangote Group is a firm believer in the vast economic potential of Nigeria. We have decided to invest in local sugar production in Niger because of the vast arable land available in the state,” he said.

He said that the MOU also involved the establishment of a large scale rice milling factory to process up to 200,000 metric tons of rice to be sourced mainly from out-grower scheme in another part of the state.

According to him, the sugar project will commence in September, after compensations had been paid to the host communities.

He, however, disclosed that beyond agriculture, the company was constructing a multi-billion dollar petroleum refinery in Lekki, Lagos State, with a capacity for 650,000 barrels daily.