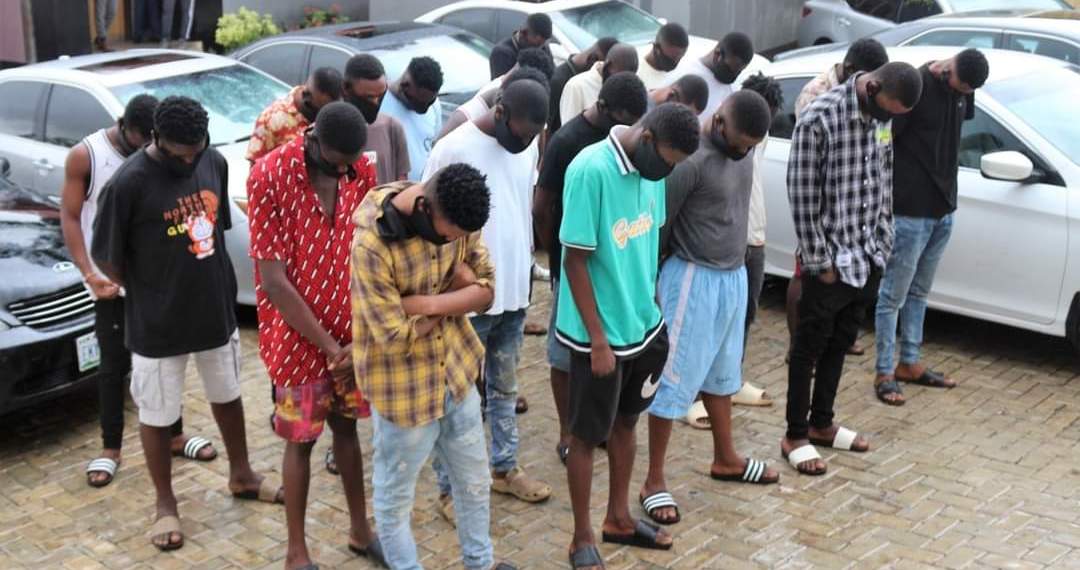 The suspects were arrested in Apata, Jericho and Ire Akari Estate areas of the state on Thursday May 12.

According the EFCC Operatives, investigation is still ongoing concerning seven others.

President Buhari demands justice for the murder of Deborah Samuel