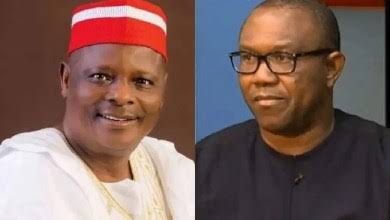 Samuel Gomna, a Christian has been unveiled as the Niger State chapter of the Peoples Democratic Party running mate for the 2023 governorship candidate after 16 years of fielding muslim-muslim ticket.

Isah Kantigi, the governorship candidate made this known on Sunday at the party secretariat in Minna.

This Christian emergence as the party running mate is coming 16 years after both the PDP and the All progressive Congress have been fielding muslim-muslim tickets during elections.

Kantigi, during his remarks, said the nominee was successful after due consultations and guidance devoid of sentiment or discrimination for the progress of a common man in the state.

He assured that if elected, his administration will give priority to rural development to reduce rural urban migration and he will be there for the people of the state.

Responding, Samuel Gomna accused the ruling APC in the country for playing lip service to end insurgency and assured to bring to an end the current insecurity challenges confronting the state and Nigeria.

Tinubu receives grand entry as he visits Oba of Lagos