Why I prefer loving a man with children – BBNaija's Angel reveals

I miss sex so much! - Actress Uche Ogbodo cries out after a year without sex

Why money is everything to me - Bobrisky reveals [VIDEO] 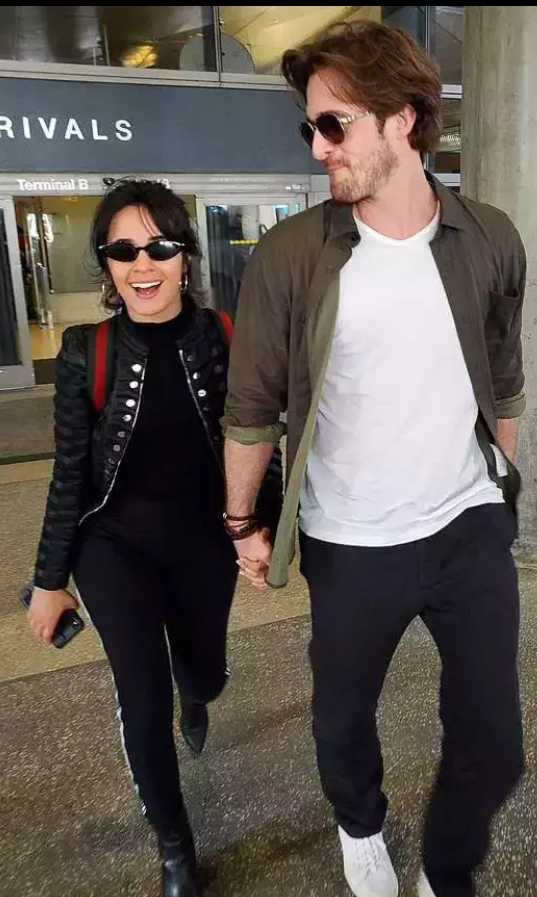 
Camila Cabello recently spent the past few days in Italy with her long-term boyfriend Matthew Hussey, 31, and we can tell from the pictures that she definitely enjoyed the trip.

But like all good things, Camila Cabello’s, 22, trip came to an end on Saturday, with the songstress seen in great spirits as she touched down at LAX.

The pair walked hand-in-hand. nd out of the terminal and struggled to wipe the smile off of their faces.

Still on cloud nine as Camila Cabello struggles to wipe the smile off her face when she touched down into LAX on Saturday with her boyfriend Matthew Hussey, following their trip.

Still on cloud nine! Camila Cabello struggled to wipe the smile off her face when she touched down into LAX on Saturday with her boyfriend Matthew Hussey, following their trip to Italy

Camila kept comfortable in an all-black shirt underneath a biker jacket with gold buttons down the side.

She teamed the look with form-fitting tights that hugged her enviable curves.

The Havana singer completed her look with pointed-toe boots and carried a backpack on her back.

Camila accessorised her airport style with some trendy oval shaped glasses and a pair of gold hoops.

She appeared to be makeup free but still ensured she was flashing her pearly white smile.

Matthew walked hand-in-hand with his lady love in a casual white T-shirt and black trousers.

He opted for a khaki shirt over the top and also added shades to his look.

Travel: Camila and her British dating coach beau’s arrival come after they spent the past few days together in Italy

Taking to Instagram, Camila, who has been tirelessly working on her sophomore album, has been keeping fans up-to-date with her travels whilst gushing over the city.

‘Born again’: She told her 32.7 million followers on Friday that Rome had made her feel as though she had been ‘born again’

The Consequences singer, who tends to keep her relationship private and doesn’t post her boyfriend on social media, gushed over him in December while chatting to Marie Claire.

‘In person, we’re just weird and silly and stupid together. He makes me the happiest I’ve ever been in my life.’

Camila and her British dating coach beau’s arrival come after they spent the past few days together in Italy.

She told her 32.7 million followers on Friday that Rome had made her feel as though she had been ‘born again’.

Thanking the city! ‘I literally feel like I have been born again. Thank you, Rome, for your people, your food, your history, your open air museum that you’ve let me get lost in,’ she began the lengthy post

Exploring: ‘Falling in love with foods, cultures, strangers, languages… and realizing there’s millions of versions of life and no right way to live it. There are a million lives out there and at any moment we can go out there and experience another version’

‘I love being swallowed up by the world and it’s cultures, and there’s nothing I love more than getting out there, and really living like an artist, not just creating like one.’

Camila continued to explain that the trip to Italy was a spontaneous one, but one she had wanted to take for a long time.

I took a spontaneous trip to my dream place, Italy. I’d always wanted to go but had only been there a day in between promo tour,’ she penned.

‘My soul yearned for some damn fun. Fun that wouldn’t contribute to my album, my career, fun that wouldn’t be effective or productive or contributing to my goals. Just living. Just being human.’

‘Just experiencing the art around me and letting myself feel tiny in it. I had the time of my life. Thank you Italy!

Related Topics:Camila Cabello
Up Next

Chris Brown, Reveals Official Girlfriend Rumored To Be Pregnant For Him