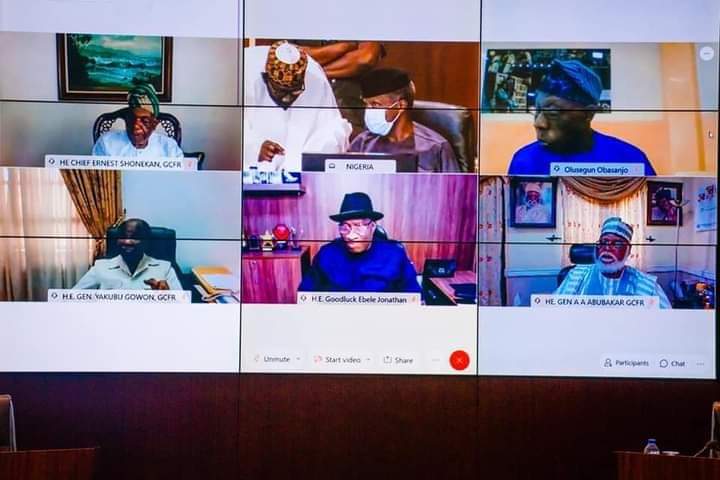 President Muhammadu Buhari is currently in a virtual meeting with former Nigerian leaders and security chiefs.

Although the agenda of the meeting is not made public, issues bordering on the current security situation in the country are believed to top the agenda.

While Buhari is presiding from the Council Chamber of the Presidential Villa, Abuja, some former Nigerian leaders are participating virtually.

The meeting started at 10am with Buhari presiding from the council chambers of the presidential villa, Abuja. The meeting may be connected to the #EndSARS crisis and current security challenges in the country.

In his nationwide address on Thursday, the president appealed to the #EndSARS protesters to leave the streets, saying their voices have been heard.