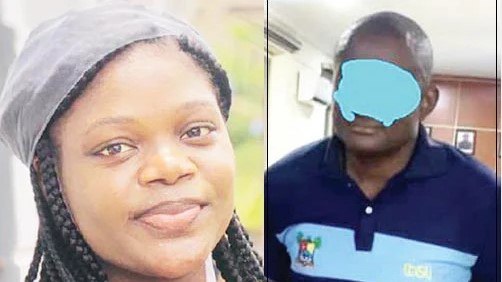 The Bus Rapid Transit (BRT) driver arrested in connection with the murder of a passenger, Oluwabamise Ayanwole, has been remanded.

The driver, Nice (Andrew) Omininikoron, was remanded on Friday by a Yaba Magistrates’ Court in Lagos State for 30 days.

The defendant is charged with conspiracy, murder, rape and misconduct with regards to corpses.

The charge was read to the defendant but his plea was, however, not taken by the court.

Salawu adjourned the case until April 11 for DPP advice.

Earlier, the Officer in charge of the Legal Department at the State Criminal Investigation Department Panti, Mrs Yetunde Cardoso, said that Ominnikoron committed the offence at 8 p.m. on February 26, along Ajah-Oshodi Expressway, on a Lagos State BRT bus with code number 257.

She said that Ominnikoron, who was on duty as a driver, raped Ayanwole, and pushed her out of the moving BRT bus.