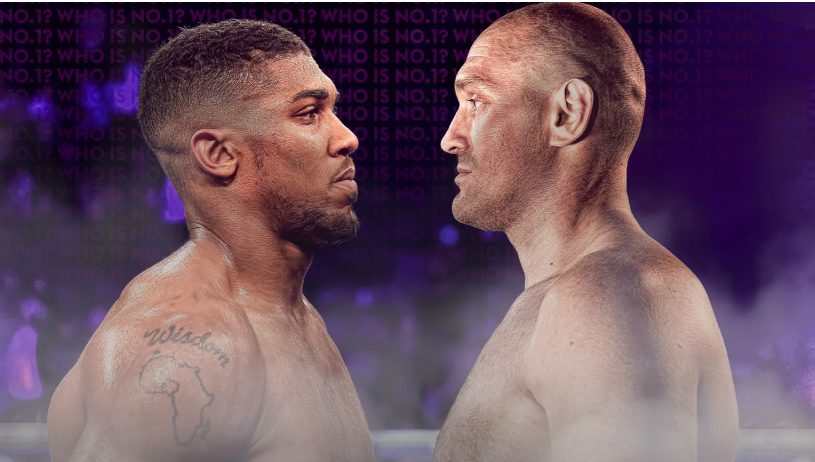 Finally, the dates for Tyson Fury’s epic ‘Battle of Britain’ heavyweight bouts against Anthony Joshua have been revealed, TopNaija can confirm.

WBC heavyweight champion Fury, had announced that he had ‘agreed’ two fights with WBA, WBO, and IBF titles holder, Joshua.

The clashes were hinged on both boxers getting through their respective title defences, making all the belts available in 2021.

Joshua’s promoter, Eddie Hearn, has worked out when the mouthwatering fights will happen and wants both to take place in the UK.

“I think it’s about where and of course they’re two British heavyweight world champions, and if one of those fights at least didn’t take place in the UK it would be a shame.

“I know ultimately people think it’s my decision but it’s really not.

“We will take all the offers that will come from all around the world and present them to both teams and both fighters.