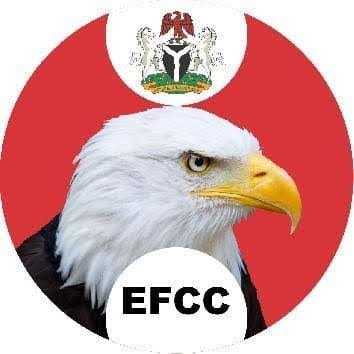 Anthony Joshua, the British-Nigerian boxer, has been impersonated by two people who have been arraigned, EFCC says.

On Monday, the Economic and Financial Crimes Commission(EFCC), Benin Zonal Command, has arraigned the duo of Ukhuriegbe Glory Irekpitan and Onyekwa Joshua Chinedum before Justice S. M. Shuaibu of the Federal High Court sitting in Benin, Edo State, on two count charge of impersonation each.

One of the counts reads: “That you Onyekwe Joshua Chinedum (a.k.a Anthony Joshua) sometime in 2019 did with intent to defraud sent electronic messages which materially misrepresent facts to Samantha Johnson, a lady in London which messages she relied upon and which made her suffer financial loss in the sum of £10,000 thereby committing an offence punishable under section 14 (2) of the Cybercrime (Prohibition Prevention, Etc) Act 2015.”

One of the charges against Ukhuriegbe Glory Irekpitan reads: “That you Ukhuriegbe Glory Irekpitan sometime in 2018 did with intent to defraud sent electronic messages which materially misrepresent facts to Mrs Zahra Bagun, a lady in London which messages she relied on and which caused her to suffer the financial loss in the sum of £5,491.23 pounds, the equivalent of N2,306,220 and thereby committed an offence punishable under Section 14(2) of the Cybercrime (Prohibition Prevention, Etc) Act 2015.”

The anti-graft agency has said in a statement that “the defendants pleaded not guilty to the charges preferred against them prompting the prosecution counsel, I.M. Elody to ask for a trial date and for the defendants to be remanded in the custody of the Correctional Service. However, counsel to the defendants pleaded with the court to remand them in EFCC custody, a move that was opposed by the EFCC counsel.”

“Justice Shuaibu adjourned the matter till October 21, 2021, and ordered that the defendants be remanded at the Nigerian Correctional Centre in Benin City.”