Gospel singer Gozie Okeke confined to wheelchair after another accident

‘I humiliated you publicly, forgive me’ – Bobrisky begs Tonto Dikeh after calling her out 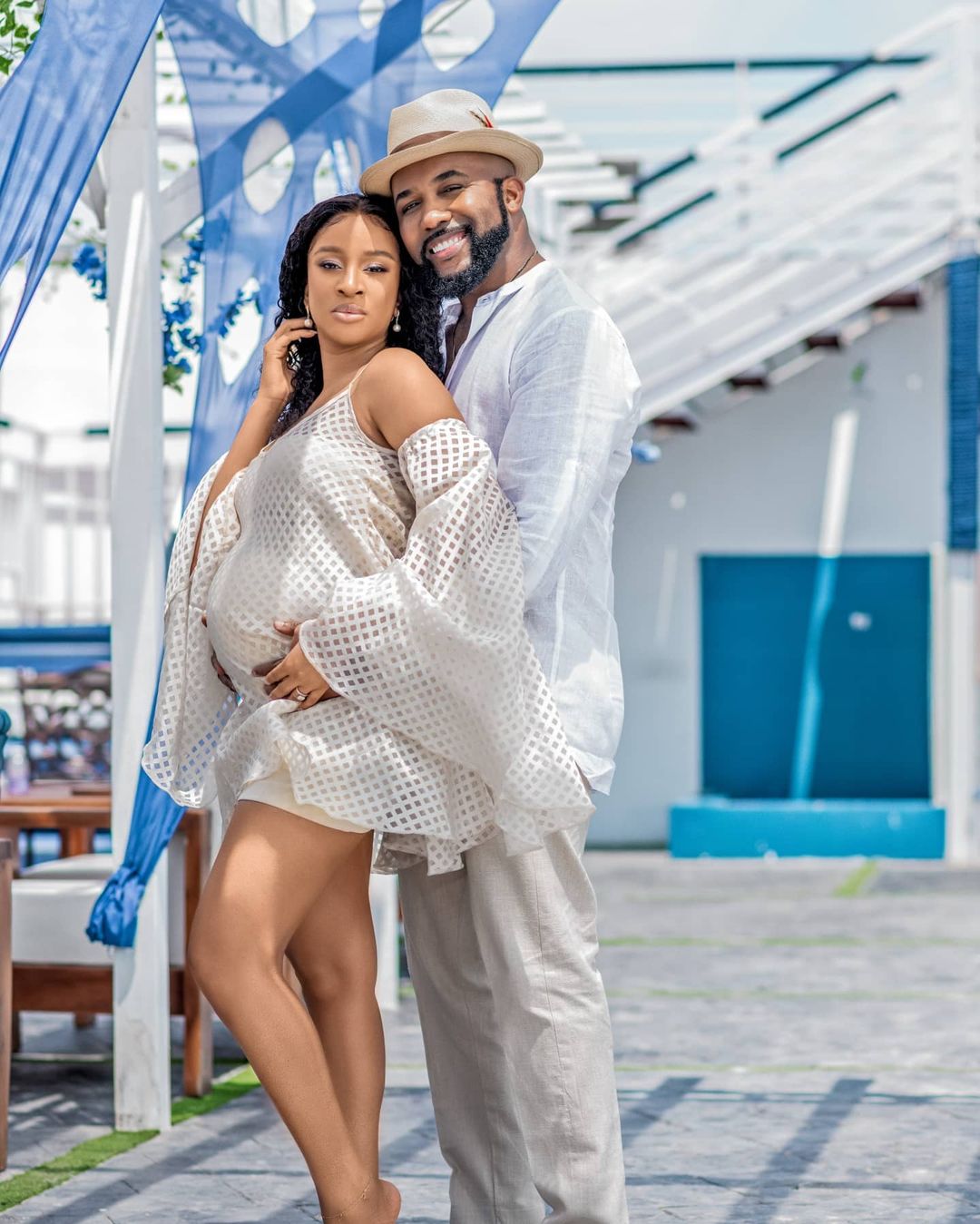 
Months after welcoming her baby, Nollywood Actress, Adesua Etomi has finally shared the video from her baby shower on her official Instagram.

Adesua and her husband, Banky W announced the birth of their baby whom they welcome in January after almost 4 years of marriage.

The popular celebrity couple also disclosed that Adesua got pregnant with twins but lost them while they were in her tummy.

This according to them is one of the reasons they kept their pregnancy private and did not make it public until few months after the baby was born.

Seven months after, the excited mother of one has decided to share a video from the surprise baby shower that was organised for her. Adesua said that she was 8months pregnant when her amazing friends threw the surprise gathering for her.

According to her; “This was a beautiful day. I have the most amazing friends and family. Throwback Saturday.
Just going down memory lane and I am SO thankful. nobodyNOSEtomorrow #butisuredid #icouldsmelltothehighheavens #8monthspreggers #mysendforthparty”

This has since attracted exciting reacting from her celebrity colleagues and fans followed:

@jemimaosunde wrote “My heartttt before my sweet boy got here!!! Now he’s shouting at me I can’t believe it!!!! I canttttt! My chest might just burst open”

@abigaellecoly wrote “”That’s what got me here oh”. And it is marvelous in our eyes. Do it again!. God bless you Mama Z, Zaiah, and Papa Z.”

In 2014, Adesua starred in her first feature film Knocking On Heaven’s Door. She got engaged to Banky W in February 2017, and the couple held their traditional marriage on 19 November, court wedding on 20 November and white wedding on 25 November 2017; the latter ceremony was held in Cape Town, South Africa