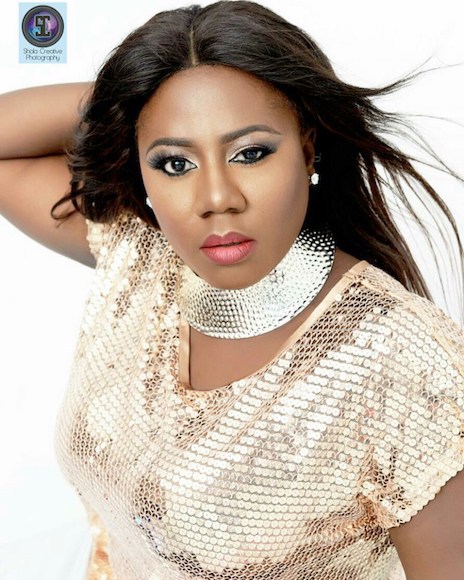 Nollywood actress, Adediwura Adesegha, has revealed why many actors and actresses visit and attend white-garment churches.

According to her, most of the actors like churches where they would be told what becomes of them tomorrow. The dark-skinned actress said many Yoruba actors, especially the females, prefer attending Celestial churches to get visions.

She told Vanguard, “You know people love it when they tell them visions about themselves. I think that may be the reason they attend Celestial churches.

“I might be wrong though. You know the Yorubas believe in the power of the spiritual. Some actresses were born into the Celestial church while some joined.”

“When you talk about being spiritual, let me just score myself fifty percent. My morning devotion is on zero level. I will rather sing.

“I find it difficult to pray and keep saying ‘Lord do this or that for me.’

“Singing is the way I pour my heart to God. Everybody doesn’t have to kneel down and pray.

“I might sit down and just look on a spot for a while and keep my thoughts connected to God. It depends on one’s way of connecting and your relationship with God.”

#SuccessStories: How I Rose From Sales Manager To CEO – Sam Ohuabunwa