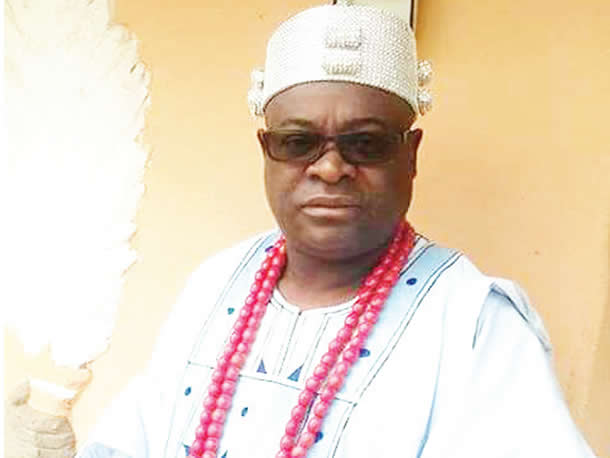 Ekiti traditional ruler, the Obadu of Ilemeso Ekiti, in Oye Local Government Area of the state, Oba David Oyewunmi, who was abducted in his palace on Thursday has regained freedom.

Police representative in Ekiti State, ASP Sunday Abutu, told journalists in Ado-Ekiti on Tuesday that the traditional ruler, Oba Oyewunmi was released in a forest in Kwara after six days in captivity.

Abutu said, “I can confirm that the ruler has been released from captivity. He has also been reunited with his family.

“He is receiving medical attention in one of the facilities in the state as a result of the trauma he went through.’’

Top Naija reports that the release of Oba from captivity was scarcely 24-hours after a family source disclosed to journalists that the kidnappers demanded N20 million ransom as condition for his freedom.

Meanwhile, it was unclear if the family paid the ransom to secure the freedom of the traditional ruler who was abducted last Thursday.

Oba David Oyewumi was abducted in his palace by six gunmen who climbed the palace fence around 8.30p.m., attacked his apartment and beat up everyone on sight, as well as the traditional ruler.

The abductors contacted the family last Saturday and demanded a N20 million ransom to secure his freedom.

Assistant Superintendent of Police (ASP) Abutu declared that the command was unaware of any ransom paid.

He said, “All I can say is that his freedom was facilitated by the concerted actions taken by the police and other security agencies.”

The Ekiti Amotekun Corps Commander, retired Brig-Gen. Joe Komolafe, disclosed that the release of the traditional ruler was secured at a place in Obbo Ayegunle, Ekiti Local Government area of Kwara with the support of the Kwara vigilante members and Amotekun operatives.

Komolafe said, “When we went into the bush, we tracked the traditional ruler to the area, the Vigilantes from Kwara State joined our team and we were able to rescue his release.

“No ransom was paid. We have brought him home and he is currently receiving medical attention.”