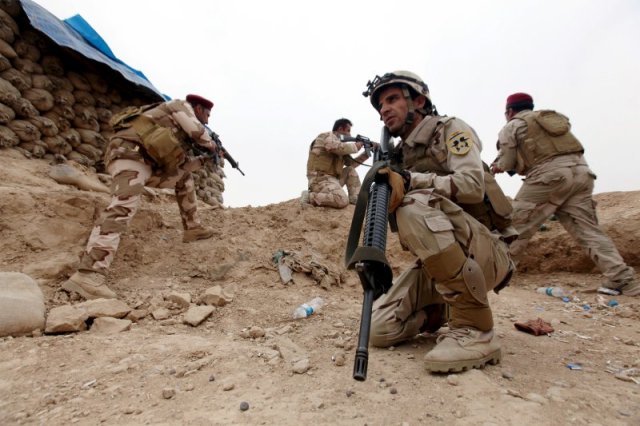 An Iraqi court has sentenced 27 people to death over mass killings of 1,700 soldiers when IS militants seized Tikrit in June 2014.

“The Central Criminal Court issued a verdict to execute the 27 after establishing that they were involved in Speicher massacre,” Abdul Al-Biraqdar, spokesman for Iraq’s Supreme Judicial Council said.

“The defendants were found guilty as the evidences were enough for their conviction,’’ Biraqdar said, adding that the court also released 25 other defendants for lack of evidences.

Biraqdar said that the death sentences are preliminary and subject to review by the Court of Cassation (an appellate courts of the highest instance).

In June 2014, armed Sunni insurgents, spearheaded by IS group, an al-Qaida offshoot, launched a surprise offensive on Iraqi security forces and captured a large part of the country’s northern and western territories after government troops abandoned their posts and military equipment.

Reports said that among the dozens of thousands of soldiers who abandoned their posts in June, some 1,700 soldiers who walked out of an air base, known as Camp Speicher north of Tikrit, the capital of Salahudin province, were abducted and killed by the extremist IS militants.

The IS group later posted video tapes and images showing its gunmen loading dozens of soldiers in many trucks and forced them to lay on their faces and opened fire on them.

Some were shown dragged to the edge of the Tigris River and threw them into the water after putting a shot in their heads. (Xinhua/NAN)