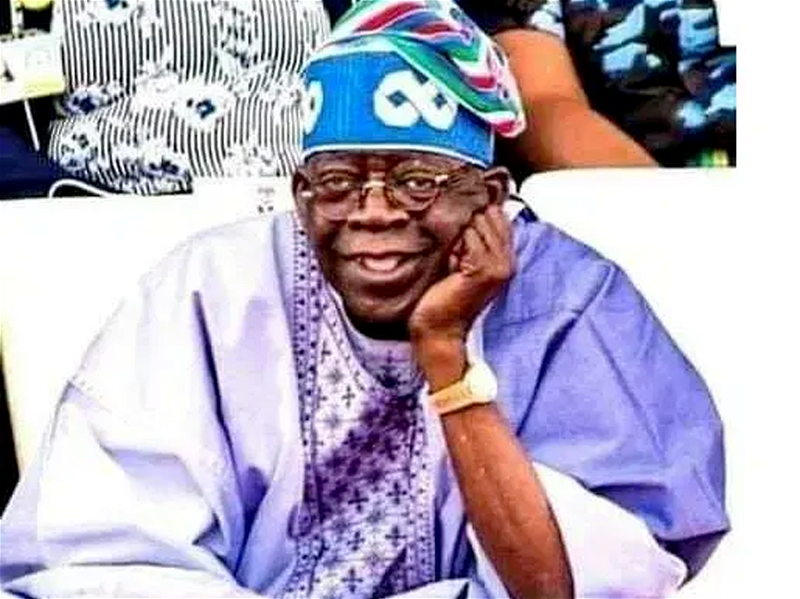 It is just that time when politicians, their loyalists and just about anyone connected to the political sphere of Nigeria, come out to start trading jabs, in a bid to coax and manipulate the minds of the electorate towards a particular narrative.

Just before the elections draw nearer, the war of words and the canceling of the next man’s worded or written speech, kick in full swing.

The activist on Friday disagreed with the All Progressives Congress (APC) chieftain on his brag of being responsible for the emergence of Muhammadu Buhari in 2015 as President of Nigeria.

“Make all of una go siddon, no one man made Buhari President. It was a collective effort of multiple coalitions with Tinubu being a major part of that and the then political environment making it possible for Buhari to get the vote of people who will not ordinarily vote for him,” Ogundamisi wrote on his verified Twitter handle.

“Whilst Tinubu’s contribution can’t be minimized, the same goes with the contributions of other members of that coalition and NONE told us the reward was for Buhari to hand over Nigeria to them. Atiku in 2023 will be contesting under the same conditions that made Buhari President

“No one Man is “Awade in Yorubaland”. Tinubu rightly had preferred candidates and has influenced the emergence of Lagos Governors since he left public office, why does he think Buhari shouldn’t have his own preferred candidate in the National election?

“What Buhari should not do is impose any candidate on the APC. He can lobby, he can campaign but should respect the wishes of the APC stakeholders in a free and fair primaries. The Presidency of Nigeria is not the entitlement of any Region or any Individual. It is a context.

“Lastly, Y’all had better start preparing for the possibility of an @atiku Presidency as even before all this drama, the angst in the country is towards a change in the party in National leadership. So any APC candidate still have a very long road to travel to get to the villa.

“I’ve said it before and let me say it again, no man can play God, not Tinubu and not Buhari. God gives power, if you like scream from now till 2089. Tinubus political survival in the South West was a COLLECTIVE EFFORT! With many INDIVIDUALS contributing to that survival.

“The greatest Yoruba leader was Chief Obafemi Awolowo, he never felt entitled, he united Yoruba and even in the face of opposition within Yorubaland he found a way of bringing the young hot heads together. Awo ran a collective leadership, he did not play God. That is leadership.

“And this threats of bringing APC down if Tinubu does not get the ticket at the #APCPresidentialPrimaries? Who gives a f****? We had many political parties that has come and go. What is more important is the survival of Nigeria. Parties can always disband, align and realign.

“BAT’s version of how Buhari became President is Tinubus version. Tunde Bakare @atiku @elrufai @bukolasaraki Rotimi Amaechi, Rochas Okorocha and many others have their own versions. The version that is obvious to the general public is that Nigerians chose to give Buhari a chance.

“The President and the APC owes Tinubu and others only one thing and that is an open, free and transparent #APCPresidentialPrimaries.

“No individual should force another individual to drop their ambition to serve just like we saw during the charade of an “election” of APC NEC.” The Activist wrote on his social media platform.

It’s very evident someone else from the opposition camp will pick on Kayode’s words to clear things out and make their candidate more popular.

Be that as it may, the internet should show watch out for more statements like this ahead of the general elections.