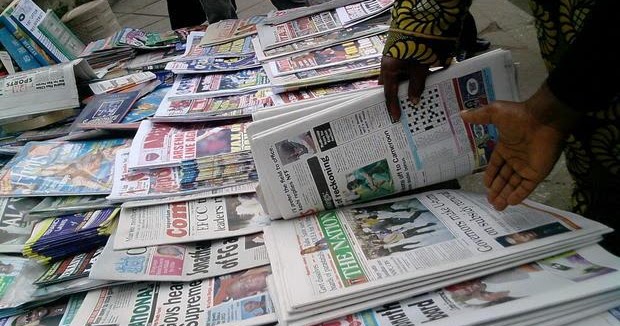 Beautiful morning to you! Here are some news to note today…

1. A building at Karena Street, Campus Bus Stop in Lagos Island caved in Tuesday evening. According to reports, many people were trapped in the rubble of the collapsed building. Officials of the Lagos State Emergency Management Agency (LASEMA) and other stakeholders moved to the scene after a distress call to evacuate the victims. Details of casualties are yet to be made public.

2. The United States government has disclosed further how a former Minister of Petroleum Resources, Mrs. Diezani Alison-Madueke, allegedly diverted about $144m belonging to the Nigerian government and using part of the funds to purchase a yacht, landed property, furniture and artworks. This was disclosed in a 91-page “verified complaint” filed by a US Government before the US District Court.

3. A total of N652.229 billion has been distributed as Federal Allocation for the month of June, 2017 to the Federal Government, Stat and Local Governments. Report shows that the gross statutory revenue received for the month is N570.584 billion and is higher than the N317.562 billion received in the previous month by N253.022 billion.

4. There is confusion at the presidency as Buhari and Osinbajo’s aides continue to disagree over national issues. The media was awash on Tuesday evening of another disagreement over the inauguration of two new ministers. While Garba Shehu said there was no such plan, Laolu Akande confirmed that the new Ministers would be swear in on Wednesday(today).

5. Several oil exploration workers, a subsidiary of Nigerian National Petroleum Corporation and members of Civilian JTF have been feared killed and many missing in a renewed attack carried out by Boko Haram members. The victims were ambushed around Jibi village situated between Magumeri and Gubio Local Government Areas of Borno State on Tuesday.

7. The presidency has explained that it was not part of those that made decision for the visit of some governors to President Buhari in London. It said the Governor’s forum did not choose Ayodele Fayose of Ekiti State for the visit, hence it cannot be blamed for the non-inclusion of the Ekiti governor.

8. The Ondo State Governor, Mr. Rotimi Akeredolu, has denied any form of blood relationship with the new Chief Judge of the state, Justice Olanrewaju Akeredolu. He said they were only members of the same profession. He was, however, quick to say that it couldn’t have been a disadvantage if they were related considering that the new CJ is a resourceful person.

9. The Independent National Electoral Commission (INEC) on Tuesday, stated that threats by pro-Biafran groups, would not stop it from conducting elections in the South-East and described the threat by the Indigenous People of Biafra (IPOB), to boycott the Anambra State governorship election as bizarre.