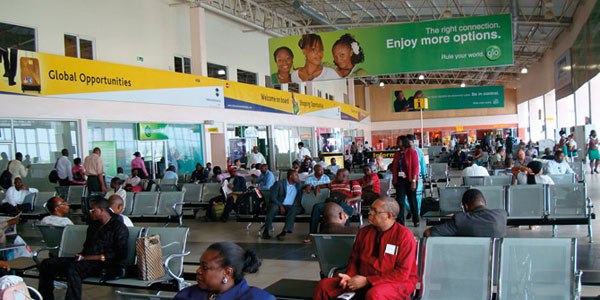 Many airlines operating domestic routes in Nigeria have hiked air fares due to volume of traffic of passengers travelling for the Christmas celebration, the News Agency of Nigeria (NAN) reports.

A NAN survey, which began on Dec. 21, reveals that many airlines are making bumper sales from the number of tickets sold even as heavy queues filled the airport lobby.

The queues were compounded by the work-to-rule measure or warning strike by the cabin crew of Arik Air on Dec. 22, an action which left many passengers stranded at airports across the country.

When NAN visited the Nnamdi Azikiwe International Airport, Abuja, very long queues were seen at the booking stands of all the airlines.

The longest queues were at the Air Peace and Dana counters in Terminal D where hundreds of passengers were waiting to either book flights or check in followed by Medview, Arik, Azman and First Nation operating in Terminal B.

The Station Manager of Azman Air, Abdulahi Saroke, told NAN that tickets to Lagos which were sold between N25,000 and N30,000, had risen to N60,000 to N70,000, for economy and business class respectively.

“The price rose since Thursday (Dec. 21) but passengers paying now are paying higher while passengers that booked before now will still enjoy the initial rates.

“Traffic was more yesterday (Dec. 22) due to the crisis at Arik when its crew and staff embarked on strike for a few hours,’’ he said.

He added that the bulk of passengers had travelled between Dec. 21 and Dec. 22, therefore,  Saturday traffic would not be as high as previous days.

On why the sudden arbitrary increase in the price of air tickets, Mr. Saroke described the increase as “normal’’ in festive seasons.

A traveler, Paul Njoku, told NAN he decided to travel by air since he was not sure of getting fuel for his car to travel by road to Enugu.

Mr. Njoku said he paid about N43, 000 to travel to Enugu and urged the Federal Government to take measures toward addressing the current issue of fuel crisis in the country.

According to him, the situation is unbearable because very few people can travel by air while the vast majorities travel by road.

“I would have travelled in my car but there is no fuel in the country. If it is difficult to get fuel here in Abuja, it will be worse in the states,’’ he said.

Another traveler, Mary Bichi, who said she was travelling to Yola to attend her sister’s wedding on Sunday, decried the high cost of flight ticket.

Mrs. Bichi said she bought her ticket at N37,000, saying she had booked her flight ahead.

She urged the government to work toward repositioning the economy to improve the livelihood of Nigerians in 2018.

NAN recalls that the Federal Airports Authority of Nigeria (FAAN) had assured that all airports across the country were fully prepared for the usual surge in passenger traffic during the season.

The authority in a statement by its General Manager, Henrietta Yakubu, noted that security had been beefed up at all airports, especially the major international gateways in Lagos, Abuja, Port Harcourt and Kano.

Mrs. Yakubu said that the measure was to ensure that passengers and airport users made use of airport facilities without any security threat. ( NAN)

Related Topics:FLIGHT TICKETS
Up Next