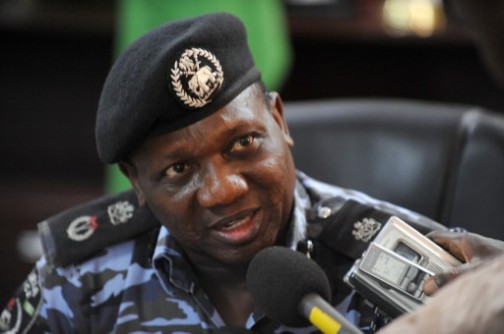 The Inspector-General of Police, Mr Ibrahim Idris has directed immediate commencement of Stop and Search operations throughout the yuletide period.

A statement by the Force spokesman, CSP Jimoh Moshood in Abuja on Saturday, said Idris directed all State Police Commands across the country to beef security at flash points, black spots and vulnerable points on major roads and highways across the country.

He warned that in order to ensure free flow of traffic and ease movement of travellers, the operation should not be located at areas susceptible to traffic gridlock or vehicular hold-ups.

“The Police teams on traffic control and observation patrols have been deployed to such points and sections to manage traffic and carryout Police observation duties,” he said.

Moshood said that Idris further directed all Commissioners of Police to supervise police personnel deployed to these stop and search points to make sure that they are not turned to roadblocks.

“Members of the public should promptly report any roadblock seen mounted anywhere in the country to the IGP X-Squad,” he said.

He said that all personnel of the force deployed for the Stop-and-Search operations were under strict instructions to be polite and civil in carrying out their duties.

“The Inspector General of Police, therefore, calls on all Nigerians especially travellers and other road users to cooperate with personnel of the Force deployed in their localities,”he said.