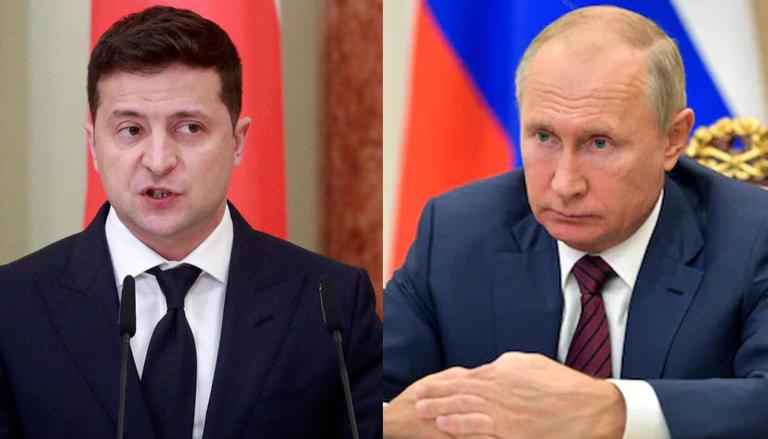 On Wednesday, Ukraine’s President Volodymyr Zelensky warned that his country will defend itself when Russian troops attack, TopNaija reports.

“If they (Russia) attack, if they try to take our county – our freedom, our lives, the lives of our children – we will be defending ourselves. As you attack, it will be our faces you see, not our backs,” the Ukrainian president on Wednesday said.

Mr Zalansky in his nationwide address on the brewing war warned that Russia actions could start a major war in Europe.

He further disclosed that efforts to seek truce with Russian President Vladimir Putin was unsuccessful. “I initiated a telephone call with the president of the Russian federation. Result: silence,” Mr Zelensky said.

The Ukrainian president said that 200,000 Russian troops and thousands of combat vehicles were already on Ukraine’s borders.

He further appealed to Russians to reject an attack, saying they were being lied to about Ukraine. His comments came as Russian troops continue to advance closer to the Ukrainian border.

Russia had ordered its troops into Ukraine’s rebel-held eastern regions, it claimed the breakaway regions asked for military support.

According to Ukraine’s ministry of education and science, Morocco, Nigeria, and Egypt are in the top 10 list for countries whose students are studying in Ukraine, accounting for 8,000, 4,000 and 3,500 students respectively. The three countries made up nearly 20% of all foreign students in Ukraine as of 2020.

Related Topics:Volodymyr Zelensky
Up Next

‘If you intervene, you will face consequences’ – Putin warns US, other countries

Nigerian students in Ukraine cry for help as war looms