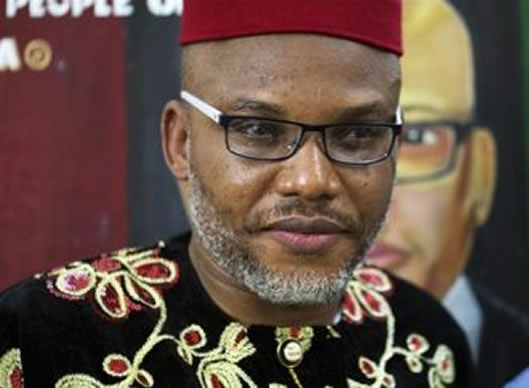 Several members of the IPOB group are feared killed after troops from the Nigerian Army broke into the Afara-Ukwu, Umuahia country home of the leader of the Indigenous People of Biafra, IPOB, Nnamdi Kanu.

The amateur video below was recorded by Somto Okonkwo, and it showed the Nigerian army yesterday evening attacking the house of the leader of the Indigenous Peoples of Biafra, Nnamdi Kanu, shooting sporadically.

But the whereabouts of the IPOB leader is immediately known but a reliable source from the family confirmed that he was safe, At about 5.30 shortly after Governor Okezie Ikpeazu ended his media briefing where he announced that he has reached an understanding with the army for gradual withdrawal of soldiers from the streets of Aba and Umuahia, sounds of sporadic gun shooting started coming out from the direction of Kanu’s home.

All the entrances leading to the house were barricaded with military vans with scores of soldiers stationed there, shooting in the air to scare away people. The shooing and operation in the house lasted for over 30 minutes.

According to a family source, “the Palace was desecrated and ransacked as the soldiers searched all nooks and crannies of the house”.

The source also claimed that cars in the house was vandalized a family dog shot dead. The father, HRH Eze Israel Kanu and his wife were said to be in the Palace while the operation lasted.

Calls put across to the Army public relations officer of 14, Brigade, Major Oyegoke Gbadamosi was not picked but his boss, the deputy director, Army Public Relations, 82 Division, Col- Sagir Musa said he was not in Umuahia and promised to make inquiries from his men on ground and get back to me. But he has not got back as at the time of going to filing the report Thursday night.