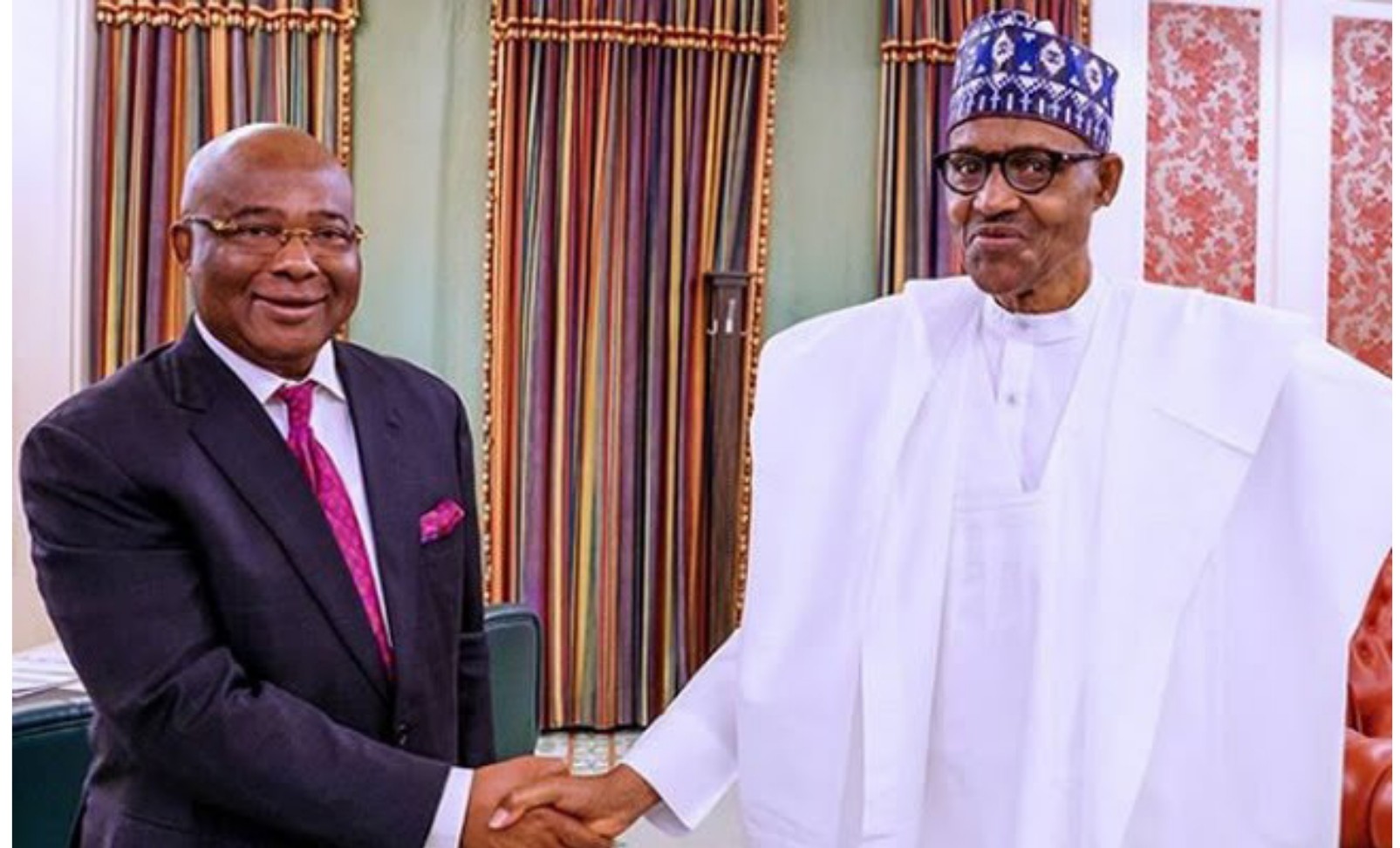 Imo state governor, Hope Uzodinma met with President Muhammadu Buhari on Thursday to seek his intervention in the refund of over N32 billion his predecessors reportedly spent on federal roads in the state.

Speaking with state house correspondents after the meeting with Buhari, Uzodinma said Imo is in “financial distress”.

He said the funds, if released, will assist in clearing both salary and pension arrears.

He said the consultants he engaged discovered that at least N32 billion was spent on federal roads in the past.

Uzodinma said he briefed Buhari on the situation of things he met on the ground in the state, adding that the president listened to him.

In 2016, Okorocha had described roads in the state as death traps, adding that his administration had to fix several roads for the benefit of the people.

“In Imo, we do not know again which one is federal road or state-owned. We do every road like the Akokwa/Orlu road which we have fixed and dualised. Owerri/Port-Harcourt road is so bad. There must be cooperation between the federal government and stakeholders on these roads,” he had said.

In June 2019, Ihedioha launched the construction of 16 urban roads in the state, totalling 81 kilometers and estimated to cost N23.4 billion.