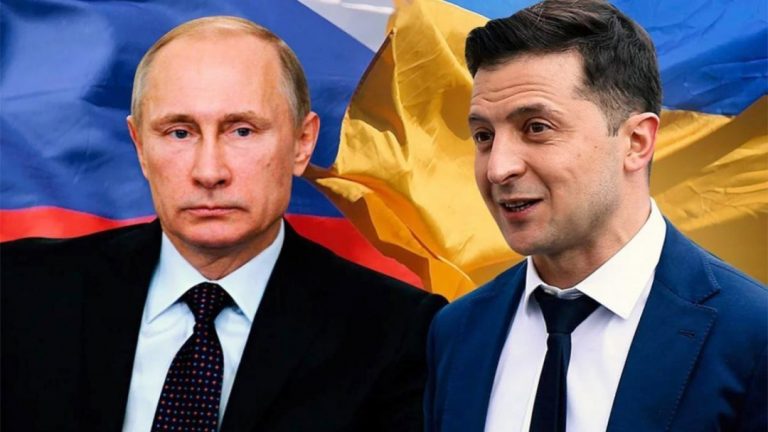 Putin’s directive to his troops was announced days after Moscow suffered its deadliest reported loss of the invasion, following 11 months of brutal combat – and as Ukraine’s allies indicated that fresh military aid was on the way.

“Taking into account the appeal of His Holiness Patriarch Kirill, I instruct the defence minister of the Russian Federation to introduce… a ceasefire along the entire line of contact between the sides in Ukraine,” said a Kremlin statement.

After votes that were internationally branded as farces, Russia annexed the Donetsk, Lugansk, Zaporizhzhia and Kherson regions despite not fully controlling them.

Putin is open to dialogue with Ukraine if Kyiv recognises “the new territorial realities”, said the Kremlin, in a summary of his telephone conversation with Erdogan Thursday.

“The Russian side emphasised the destructive role of Western states, pumping the Kyiv regime with weapons and military equipment, providing it with operational information and targets,” it added.

The Kremlin’s response was directed to the ceasefire appeal by Russia’s spiritual leader Patriarch Kirill, an outspoken supporter of Putin.

News of Putin’s ceasefire order came as German government sources told AFP Thursday both Berlin and Washington were planning a “qualitative new step” in their weapons deliveries to Ukraine.

“We are constantly looking at what more we can do in terms of military support,” Germany’s Baerbock told journalists Thursday, including “defensive weapons” and arms needed to “free occupied territory”.

Putin’s ceasefire order came a day after Moscow lifted its reported toll in its worst single reported loss from a Ukrainian strike to 89 dead.

Ukraine’s military strategic communications unit has said nearly 400 Russian soldiers died in the town of Makiivka in eastern Ukraine, held by pro-Russian forces. Even Russian commentators have said the death toll may be far higher than the Kremlin’s figures.

The deadly Makiivka strike came after months of discontent within Russia towards the military following a series of battlefield defeats and a hugely unpopular mobilisation drive.

“Before I pay Any Country Debt, I will Investigate”. Sowore Says