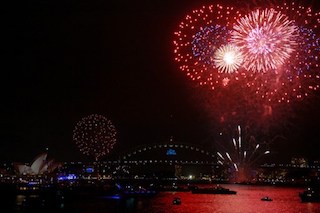 The authorities noted 2016 attack by an Islamic State member on Jan.1 at the Reina nightclub, which killed 39 people.

The accused attacker who is on trial, was filmed in the Taksim area before choosing to attack revelers further north in the city.

Ismail Kilic, the Police Chief of Beygolu District, said measures would be put in place in streets leading towards Taksim to ensure a peaceful time.

Taksim was the scene of anti-government protests in 2013.

The government has since banned May 1 workers’ marches in the square, which is of symbolic importance for leftist movements in Turkey.

The country is almost entirely Muslim, but January 1 is a public holiday.

Some elements of the Western holiday season, such as trees and ornaments, have crept into public displays during this time of the year.

Islamists have been pushing back against this development.

Turkey witnessed a wave of attacks by Islamic State and hardline Kurdish nationalists in 2015 and 2016.

The Reina shooting was the last major attack, amid a crackdown on suspects by security forces.